What happens when your son tells you he's really a girl?

Twenty years ago, you probably would have crossed your fingers and tried to wait it out. Today, you might buy him a whole new wardrobe, find someone to prescribe hormone blockers, and help him live as a girl. Maybe he'll even become a celebrity. A recent Maclean's magazine cover, posing that very question, featured a lovely 11-year-old with long, flowing locks and enormous eyes. His name used to be Oliver.

Suddenly transgender kids are everywhere – in the news, on Dr. Phil and in your neighbourhood. School boards have developed detailed transgender policies. Clinics to treat transgender kids have sprung up. A condition that used to be vanishingly rare, perhaps one in 10,000 children or less, now seems common. In a random sampling of 6th- to 8th-graders in San Francisco, kids were asked if they identified as male, female or transgendered – 1.3 per cent checked off the transgendered box.

What's going on? To find out, I sat down with Dr. Ken Zucker, one of the world's foremost authorities on gender identity issues in children and adolescents. As head of the Gender Identity Service at the Centre for Addiction and Mental Health in Toronto, he has worked with hundreds of kids like Olie.

"The No. 1 factor is the Internet," he said. "If you're struggling to find out where you fit, the Internet is filled with things about gender dysphoria."

"When we ask, 'When did you first learn about this label of gender dysphoria', they'll say, 'Me and Mom watched Oprah,' " adds Dr. Hayley Wood, a member of his team.

Gender dysphoria (formerly known as gender identity disorder) means being at odds with your biological sex. It's not the same as being born with ambivalent genitalia, or being gay. The popular shorthand is "being born in the wrong body," although that formulation probably does more harm than good. Sex-reassignment treatment is appropriate for some (although by no means all) adults who are unhappy with their gender identity, and some go on to live significantly happier lives.

But for kids, especially younger ones, the issue is much more problematic. Gender confusion is often temporary. About three-quarters of little kids who have issues with their gender – boys who want to be princesses, girls who throw their dresses in the garbage – will be comfortable with it by adolescence, according to Dr. Zucker. (Many of them will grow up to be gay or bi.) Gender confusion can also be a handy label for whatever ails a child (or her family). That's why Dr. Zucker takes a watch-and-wait approach. He even advises parents of princessy six-year-olds to say, "You're not a girl. You're a boy."

And in the hotly politicized world of gender politics, that makes him, in many people's eyes, a dangerous reactionary. They argue that a child's identity must be honoured, and that treatment should start sooner rather than later. They equate the watch-and-wait approach with the widely discredited practice of reparative therapy, which was a failed effort to turn gay kids straight. With the advent of powerful new drugs that delay puberty, the stakes in this debate are even higher. Start them early on puberty-blocking drugs, and their eventual transition will be easier. But which kids? What if you're pushing them on a path they don't need to go down? At what point do you start taking life-altering decisions for a child that will have enormous physical, social and emotional consequences?

Alice Dreger is a bioethicist and professor at Northwestern University's Feinberg School of Medicine in Chicago. She calls herself an (im)patient advocate who prefers evidence to ideology. She is a strong supporter of transgender rights. But she thinks the pendulum has swung too far.

One reason is that social norms have dramatically changed. It is now fashionable to embrace your diverse child. Parents who encourage their kids to change gender "are socially rewarded as wonderful and accepting," while parents who try to take it slow "are seen as unaccepting, lacking in affection and conservative," she says.

These days, parents who don't like the slow-and-careful answer can shop for another one. Ms. Dreger is highly critical of what she calls the "hasty clinics," which are happy to help a kid transition right away. "Parents don't like uncertainty," she says. "They'd rather be told, 'Here's the diagnosis, and it's all gonna turn out fine.'" Teenagers can find fast help, too. Plenty of doctors are happy to help them out with hormone treatments just for the asking.

For some people, including some adolescents, transgender treatment is lifesaving. But these treatments are neither simple nor benign. They may, among other things, retard maturation, suppress your growth or render you sterile. And in the end, medical science cannot create a body that makes you forget you were born the other sex. "Some kids need it, but for the kids who don't, it's dangerous," she says. "All else being equal, it's better to avoid long-term hormone therapy and major surgery that removes a lot of tissue."

Disturbingly, data on long-term outcomes for transgender kids are scarce. No one is tracking the evidence on puberty-blocking intervention either. "We are doing major interventions and we have shockingly little idea what the outcomes are," Ms. Dreger says. You get the sense that what we have is not so much a rational approach to a psychosocial issue as a radical ideological experiment.

Here's more unwelcome news from Ms. Dreger. A child's gender issue may merely be a symptom of other family problems. "The dirty little secret is that many of these families have big dysfunctional issues. When you get the clinicians over a beer, they'll tell you the truth. A lot of the parents aren't well in terms of their mental health. They think that once the child transitions, all their problems will magically go away, but that's not really where the stress is located." Clinicians won't say these things publicly, she says, because they don't want to sound as if they're blaming gender problems on screwed-up families.

It's a mark of social progress that we are increasingly willing to accept people on their terms, for who they are. But maybe we're manufacturing more problems than we're solving. If we really want to help people, we should remember the old rule: First, do no harm.

new
With all eyes on Russia, Kremlin expands ban on same-sex adoptions
February 13, 2014 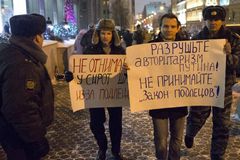 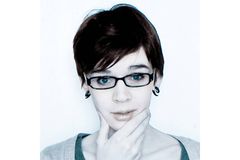