The House of Commons is on yet another break. It's on break almost half the year. Before the latest one, I stopped in at Question Period to catch the Conservatives mopping the floor with the Liberals over their proposal to reduce the Prime Minister's appearances at QP to one a week. A nice break from the usual four.

It's the way it's done in Britain, but it won't fly here. The optics on accountability are dreadful. That the Liberals were perceived to be intent on proceeding unilaterally on this and other changes to parliamentary procedure had critics in high dudgeon.

Trying to defend the initiative was Liberal House Leader Bardish Chagger. She was beaten up, as she often is. It's hardly her fault. She's a greenhorn, a 36-year-old rookie MP who inexplicably was handed a job that requires more seasoning than practically any other post in government.

Ms. Chagger might have embarrassed her opponents by citing the countless occasions under Stephen Harper that they had abused power. She might also have asked if they had an amnesia problem. Wasn't it one of their own members, Michael Chong, who initially put forward the QP proposal several years ago as part of his parliamentary reform package?

Those thoughts aside, the Liberal gambit comes off as just the latest in a long line of heavy-handed conduct. Broken promises, underhanded efforts to limit parliamentary debate, elbowgate, cash for access fundraisers, secrecy over the Aga Khan trip, so-called open nominations in ridings, and so on.

Given all the negative blowback, one would have thought that Mr. Trudeau would have been particularly sensitive to doing anything that smacked of anti-democratic arrogance again. Not so.

What's becoming clear is that while Mr. Sunshine is a fine communicator, he is by no means a fine democrat. In his early months there was hope he could be both. The hopes dim.

Give him his due. He is more accessible, candid and forthright than other prime ministers and no one should underestimate his impact. In short order, he completely resurrected the Liberal Party. In short order, 18 months in office, he has refashioned Canada's global image. We've gone from being seen as uptight on the right under Mr. Harper to an open and forward-looking society that much of the world looks up to under Mr. Trudeau. Doubters need only read the laudatory assessments in the foreign media.

It is not eloquence that Mr. Trudeau brings to the table but outreach – the vigour, the look, the optimism. One can nitpick, as many did, the quality of his series of countrywide town halls to start the year. But can anyone imagine his predecessor submitting himself to that kind of scrutiny? Or Brian Mulroney, or Pierre Trudeau? Jean Chrétien had a CBC town hall once. It went badly and that was about it.

Unfortunately, however, Mr. Trudeau does not apply his gifts of outreach to what Ottawa sorely needs – a new-found respect for the democratic process. Instead, with exceptions such as his good work on Senate reform, he has become increasingly caught up in excessive partisanship. Instead of respecting the democratic impulse, he appears bent on trying to manipulate it.

It started a year ago when his government brought forward motion six, a draconian measure to deprive the opposition of the means to delay bills. It was thankfully repudiated. Last week's proposals had some good and some weak components but the unilateral approach got the opposition so incensed that it overtook QP debate on the budget. Mr. Trudeau didn't bother to show up the day after the budget to answer questions on it.

On the matter of democratic integrity, he could not have an easier act to follow than that of Mr. Harper, who sought to subjugate our democratic institutions.

Mr. Trudeau has got a long way to go before reaching those depths. But he is missing a glowing opportunity to be different from not just his predecessor but so many leaders who too often substituted crass for class. 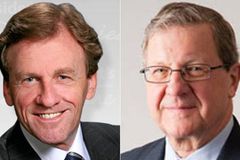 Opinion
If you think Canada is a welcoming nation, talk to a displaced Mexican
March 25, 2017
Opinion
Mud thrown during the Conservative spring cleaning
March 20, 2017