Back in the days when Pierre Trudeau was prime minister and Ronald Reagan president, the Gipper's gang liked to mock Trudeau's peacenik proclivities.

"Mr. President," defence secretary Caspar Weinberger began a briefing one day, "the good news is that Canada has now surged ahead of Luxembourg in defence spending."

Bilateral relations were fractious then, but in short order Brian Mulroney changed all that, the symbolic moment coming at the 1985 Shamrock summit when he and Mr. Reagan stood together crooning When Irish Eyes Are Smiling.

This is what has often happened and, importantly, is happening today. Relations between Ottawa and Washington run in cycles. An adversarial relationship is followed by a period of partnership. In the 1930s, the ties were so noxious that R.B. Bennett tried to dodge photographers on a visit to Herbert Hoover so as not to be seen with him. Mackenzie King came to power and with Franklin Roosevelt turned tension to harmony, ushering in a long period of co-operation vital to Canada's interests. Following a period of venomous relations between John F. Kennedy and John Diefenbaker, the newly elected Lester Pearson visited Kennedy in Hyannis Port and set things right.

This week, much in contrast to his father's crossing swords with Ronald Reagan, Justin Trudeau travels to Washington to restore the bonds. The visit comes after one of the longest periods, 13 years, of strained relations between the two sides. The tensions started this month in 2003 when George W. Bush invaded Iraq on the basis of conjecture. Jean Chrétien said no thank you. The tensions continued under Stephen Harper and Barack Obama, who had strong ideological differences. In response to repeated setbacks on the Keystone XL pipeline, relations got so strained that in a fit of petulance the Harper team went so far as to blacklist U.S. ambassador Bruce Heyman, refusing to talk to him over an extended period.

When President Obama gives Prime Minister Trudeau the rare honour of a state dinner on Thursday, the tensions become old history. The two leaders are on the same ideological page and have a personal rapport. That's what it takes for Canada-U.S. relations to work. Forget all the academic theorizing. What history shows is that it's mainly happenstance. If the times serve up compatible leaders from compatible parties, all's well. If not, beware.

When the chemistry is right, good things happen. Roosevelt and King's liberal enthusiasms resulted in significant agreements on defence and commerce. Mulroney and Reagan's mutual conservative leanings led to a continental accord on trade. The Obama-Trudeau rapport is expected to result in progress toward a continental strategy on climate change.

We'll wait to see if results match rhetoric on that front. One thing Mr. Trudeau can likely count on from the visit is more image-burnishing. His celebrity status has already won him and this country more favourable publicity in the United States than prime ministers are used to getting over long stretches.

Canadians will be more than pleased to see him linking arms with Mr. Obama, who has been an anchor of stability and good sense while all around him Republican charlatans spout rubbish about the country being disaster-bound. Canadians have always preferred progressively minded Democratic presidents and it's especially true now, given what the GOP is offering.

There is a small chance the Republicans will win the election and that Mr. Trudeau will find himself facing an ideologically hostile administration led by Donald Trump or the zealot Ted Cruz, who is even more dangerous.

But given the tumult in the Republican ranks, such an outcome is unlikely. The Archie Bunker party has alienated great swaths of minorities, of Latinos, Hispanics and African-Americans who together comprise almost 30 per cent of the U.S. population. Hillary Clinton, the likely Democratic Party candidate, is a good bet to harvest great numbers from that percentage.

She is at one with the broad strokes of the Obama and Trudeau agendas – and with the restoration of harmony between the Canadian and American governments. 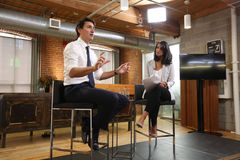 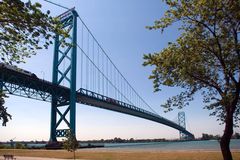