Somewhere in Ottawa last week there was probably a group of bleary-eyed Liberal strategists thankful that at least they were putting this damaging business of small-business taxes and Bill Morneau's shares behind them. Then, like a piano falling on their heads, came the Paradise Papers, which inconveniently put Justin Trudeau's chief fundraiser and offshore tax havens into the same headlines.

You can imagine Conservative Leader Andrew Scheer choking on his corn flakes from laughing as he read the morning news. Just a month ago, the Liberals climbed down from their small-business tax proposals, portrayed as a tax grab on plumbers, shop owners and farmers, and then it emerged that Mr. Morneau, the Finance Minister, still has $20-million worth of shares in the firm he used to run, allowing opposition MPs to allege all manner of potential conflict of interest. And now a Liberal fundraiser, Stephen Bronfman, was in the news for links to offshore tax havens used by the ultrarich to avoid taxes.

Explainer: Who's named in the Paradise Papers? A list and a primer on why it matters

As it happens, Mr. Bronfman is a bit player in the Paradise Papers story about a trust set up for the family of former long-time Bronfman executive and Liberal senator Leo Kolber. It is Mr. Kolber's son, Jonathan Kolber, who seems to be the beneficiary of the offshore tax machinations, although they involved Bronfman family transactions.

But the details didn't matter. What could more neatly fit the narrative of Liberal hypocrisy that Mr. Scheer and his Conservatives have been pushing, as they complained about targeting small-business taxes and attacked Mr. Morneau's ample assets? The Liberals seemed to be trying to help them with missteps, including little things such as failing to stop Revenue Canada's penny-pinching move to tax employee discounts, and Mr. Morneau's failure to divest his shares. Then Mr. Bronfman's name turns up linked to offshore tax havens, and opposition politicians were finding it easy to draw a composite picture of a Liberal politician that looked a lot like Rich Uncle Pennybags from Monopoly.

If the Paradise Papers had come out 18 months ago, the Bronfman connection would have been only a minor embarrassment to Mr. Trudeau. It's his bad luck that it came out at a time when it heaped onto his government's own bad decisions. In politics, the narrative can become a runaway train, and this one undermines the Trudeau government's central conceit that it is focused on the middle class merely by associating them with the tax havens of the rich.

The Liberals didn't have too many tools to counter it. Mr. Trudeau couldn't exactly turn to Mr. Morneau to explain that the Liberals would zealously undercover the hidden millions of the elite. (The Finance Minister skipped Question Period, with his press secretary offering no explanation.)

Some Liberal operative decided it would be a good idea to borrow the Trump administration excuse that Mr. Bronfman is only a volunteer, which looked like they were trying to minimize the connection to someone in Mr. Trudeau's inner circle. Mr. Scheer happily noted that Mr. Trudeau had brought Mr. Bronfman to the White House official dinner hosted by then-president Barack Obama – but left behind senior cabinet ministers.

In Question Period, opposition MPs apparently didn't think they really had to even allege anything specific. It was enough to associate Mr. Trudeau with Mr. Bronfman, and suggest that the Liberals are motivated by those kinds of ties to go easy on the offshore tax schemes of the superrich.

"Canadians are entitled to know, why do they always end up footing the bill when these lifestyle-of-the-rich-and-famous Liberals pay less?" Conservative MP Mark Strahl asked. New Democrat MP Alexandre Boulerice observed that the Paradise Papers included, "the Queen of England, rock stars, Trump's entourage, and in Canada – surprise! – Liberals."

Mr. Trudeau and his revenue minister insisted they were pouring money and effort into attacking offshore tax evasion, leaving them talking about Canada Revenue Agency budgets and arguing over results. But this was about image, about the picture that Canadians have in their head of Mr. Trudeau's Liberals and what motivates them. Mr. Trudeau and his party came to office by convincing ordinary Canadians they had them in their thoughts. They can't afford to be viewed as a party of privilege. And they can't afford more news that fits that narrative, especially not now. 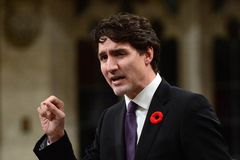 Who’s named in the Paradise Papers? A list and a primer on why it matters
November 6, 2017 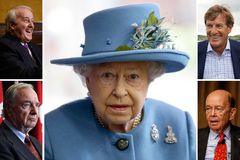