Quebec City Mayor Régis Labeaume has an uncanny knack for encapsulating the public mood. Not one for hopping on soap boxes, the diminutive three-term mayor of the provincial capital owes his ongoing popularity to an ability to express the concerns of average voters in language they understand. No virtue-signalling tweets from him. In fact, he's not even on "the Twitter."

So, when Mr. Labeaume tells his provincial and federal counterparts grappling with an influx of asylum seekers that they've got a communications problem on their hands, they need to listen. "Quebeckers have always been generous. They're still generous," Mr. Labeaume insisted last week. "It's just that they want to understand the plan. Where does it begin and where does it end? How many [migrants] to start with and how many in the end? Explain the plan."

After weeks of laying low, the federal government last week trotted out minister after minister, and the Prime Minister himself, to reassure Quebeckers that the Canadian border has not become the "sieve" Coalition Avenir Québec Leader François Legault says it is. Justin Trudeau put on his sternest face yet to warn asylum seekers: "You won't gain any advantage by entering Canada irregularly. You have to follow the rules and there are lots of them."

The problem with the Prime Minister's belated entry onto the scene is that, after marketing himself to Canadians and the world as the anti-Trump, he cannot suddenly play against type and expect people to believe him. Especially when they witness the obvious "advantages" gained by those who enter Canada at unofficial border crossings, where RCMP officers help them with their bags and children. Were the same asylum seekers to try to enter Canada at an official border post, they would be turned back under the Canada-U.S. Safe Third Country Agreement.

Instead, the 8,000 and counting mostly Haitian asylum seekers who have crossed into Quebec since June are provided by the state with free shelter and health care until their refugee claims are processed. It is anybody's guess when that will happen, given our overburdened refugee system. Unless Ottawa redirects massive resources to the Immigration and Refugee Board, it could be years before most claims are heard. And even then, most rejected claimants are unlikely to be forced to leave the country, especially if they've had children here in the interim.

The optics of the migrant influx have been particularly unfortunate as the federal and Quebec governments seek to keep the lid on an anti-immigration movement that feels increasingly emboldened by events south of the border. The army tents at the border that house asylum seekers awaiting their first interview with a government agent, and the temporary shelters set up at Montreal's massive Olympic Stadium and Cornwall, Ont., signal to voters that the influx is not only larger than it is, but that officials expect more to come knocking – or rather barging into the country.

This week, the Quebec government will hand out the first of their monthly welfare cheques to between 4,000 and 5,000 asylum seekers who will line up at Montreal's convention centre. "The government tells us that it is incapable of offering two baths a week to long-term care patients because it costs $30-million," Parti Québécois Leader Jean-François Lisée charged last week. "How much will it cost then for 8,000, 10,000, or 15,000 asylum seekers for three years?"

Mr. Trudeau and Quebec Premier Philippe Couillard cannot hide behind the excuse that they are simply applying existing laws when Quebeckers sense those laws are being abused and the system being gamed. Both of them are only encouraging the anti-immigration voices that are increasingly finding echos on social media and talk radio. The only way to maintain confidence in our immigration and refugee system is by demonstrating its fairness to Canadians.

Luckily for Mr. Trudeau, the Conservatives and New Democrats are equally incoherent on this issue. Conservative Leader Andrew Scheer's call for Ottawa to designate the unofficial crossings where asylum seekers enter Canada as official ones – hence, allowing authorities to turn them back – would only move the problem elsewhere, to perhaps more dangerous spots along the border. The NDP plan to suspend the Safe Third Country Agreement would only turn a steady flow of asylum seekers from the United States into a flood that would rightly upset Canadians.

But this is not a problem the Conservatives or New Democrats have to manage. It is Mr. Trudeau's problem, arguably one of his own making. 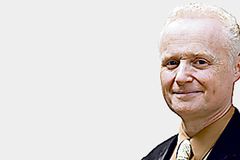 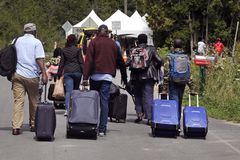 Opinion
Canada welcomes refugees, but shuts the door on asylum seekers
August 8, 2017
Follow Konrad Yakabuski on Twitter @konradyakabuski
Report an error Editorial code of conduct
Due to technical reasons, we have temporarily removed commenting from our articles. We hope to have this fixed soon. Thank you for your patience. If you are looking to give feedback on our new site, please send it along to feedback@globeandmail.com. If you want to write a letter to the editor, please forward to letters@globeandmail.com.
Comments