In August, 2015, a young Somali man named Yahya Samatar jumped into the Red River and swam to Canada. He arrived wet and shivering, with nothing but the clothes on his back. "I'm really feeling like I'm at home – the hospitality I have met in the Canadian people," he told the CBC.

Mr. Samatar was a novelty then. But now the trickle has become a stream. The border-crossers include Somalis, Turks, Ghanaians, Colombians, women, children and babies. A perverse loophole allows those who enter the country illegally to make refugee claims and be housed, fed and provided with free legal advice as their claims are heard. Asylum-seekers who arrive from the United States via regular border crossings are automatically turned back.

For this bizarre situation we can thank the Supreme Court of Canada's notorious Singh ruling, which dates from 1985. The Singh decision says that Canada has to process anybody who comes to this country and claims refugee status, regardless of where they're from or the merits of the claim. This ruling led to a flood of claims from economic migrants and people from democracies, who saw Canada as an easy mark. Once in the system, failed refugee claimants could disappear, or stay for years before they were deported. By the time the system was reformed – by streamlining the appeals process and slapping visa requirements on a host of nations – Canadians were thoroughly fed up.

The other important reform was to declare the United States a safe third country – meaning that people entering via the United States aren't eligible to seek asylum here, because the U.S. also has strong safeguards for the rights of would-be refugees. It's the same kind of rule that applies in Europe, where people are obliged to claim asylum in the first country they set foot. (The rule has been widely unenforced as migrants head for nations that offer the warmest welcome.)

It's impossible not to sympathize with people who are seeking a better life by struggling through fields of snow with babies in tow. But compassion has its limits. Ask the Germans, or the Swedes, who are among the kindest people in the world. Both countries have rolled up the welcome mat and said: no more.

The accident of geography has spared Canada the migrant torrent, so our hospitality has not been really tested. But don't overestimate it. Most people feel we're already doing plenty for the displaced people of the world. We also take in more legal immigrants per capita than almost anyone on the planet. Our social compact on immigration is precious, unusually sturdy – and increasingly rare. But if Canadians lose faith in the government's ability to manage our borders, all bets are off.

No one knows if today's migrant stream will turn into a flood. It's still awfully hard to get to Canada illegally. But spring is coming. And asylum-seekers (along with human-smuggling networks) respond to market signals. Just ask German Chancellor Angela Merkel, who invited the world in with disastrous political results. Justin Trudeau, too, has assured the world that we offer a kinder, more compassionate welcome than U.S. President Donald Trump. "To those fleeing persecution, terror & war, Canadians will welcome you, regardless of your faith,"the Prime Minister tweeted. That tweet – along with those heartwarming pictures of Mounties embracing two-year-olds at border crossings – are a powerful recruitment ad not just for Muslims but for everyone.

So far, our government has offered no ideas for managing the surge. The usual humanitarians and idealists say we should make migrants safer by suspending the safe-third-country agreement, so that they can claim asylum at a legal border crossing. Trump's America, they argue, is not a safe third country any more. This is nonsense – U.S. refugee laws haven't changed, and are not administered by Mr. Trump. Besides, our border crossings would soon be swamped by people hoping to get a better deal in Canada.

The real problem is the Singh ruling, which gives people an incentive to jump the queue by breaking the law and sneaking across the border. It needs to be revisited so that people would still be able to apply for asylum from outside the country. Meantime, Mr. Trudeau may be obliged to have a Merkel moment, in which he publicly declares that not all asylum-seekers will be accepted, and the failed ones will be sent home. After Ms. Merkel had her own Merkel moment, the tide of migrants to Germany went way down.

The surge may go away on its own, of course. But I wouldn't count on it. The vast movement of displaced people and economic migrants in this century has only just begun. And even Canada will have to deal with it.

Opinion
Tolerance for refugees has limits – even in Canada
February 27, 2017 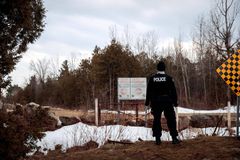 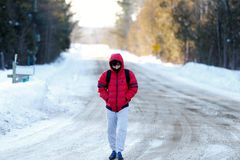 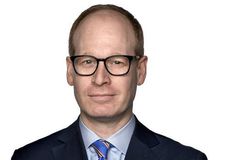