It wasn't so much the sin itself. It was the way Justin Trudeau treated the ethics rules as though they applied only lightly to him. Not like everyone else.

It is obviously questionable for a prime minister to accept a free vacation on a private island from someone – in this case the Aga Khan – who heads organizations that have business before the government of Canada.

For almost a year, the PM said it was okay because the rules allow for gifts from friends and the Aga Khan was an old friend. But it turns out the Aga Khan spoke just once in 30 years to Mr. Trudeau before he became leader of the Liberal Party. When they renewed their acquaintance, it meant occasional calls, notes on letterhead, the odd dinner – and a standing invitation to a vacation paradise.

For the glamorous Mr. Trudeau, it seems, it didn't take a deep relationship to overcome legislated ethical prohibitions. It appears to have been assumed: Of course we are friends with His Highness! We can accept trips to a private island, even private flights, though they're specifically and expressly prohibited – there's no issue.

Could it really have been a surprise when Ethics Commissioner Mary Dawson concluded that this celebrity friendship did not count under the Conflict of Interest Act as the kind of deep personal relationship that lets you off the hook?

Mr. Trudeau says he still considers the Aga Khan a "close family friend." Well, that's nice. But the reason gifts from friends are exempt in the conflict law is because the public can be confident that, if you already have a close friendship with someone, a present will not sway you to feel beholden. This just isn't that kind of close tie.

The Prime Minister broke the law.

It was not venal corruption. The Aga Khan, the hereditary leader of Ismaili Muslims, heads organizations that do development work around the world, as well as the Ottawa-based Global Centre for Pluralism, which is dedicated to promoting inclusion. Every prime minister from Pierre Trudeau to Stephen Harper welcomed him and contributed to his projects. This was not a kickback from an arms dealer.

Even without that potential for conflict, it would never be good politics to vacation on a private island. Mr. Trudeau has aides savvy enough to warn him not to go. It's hard to believe they didn't. He and his wife, Sophie Grégoire Trudeau, went anyway.

Their 2016 Christmas vacation wasn't the first time. They went to the same island, Bells Cay, in 2014, when Mr. Trudeau was in opposition. It was Ms. Grégoire Trudeau who called the Aga Khan's daughter to ask if she and her parents and children could stay there in March, 2016 – which they did, without Mr. Trudeau. And Ms. Grégoire Trudeau called again to ask if the Trudeau family could stay there over the Christmas holidays. She called later to ask if friends could come, too.

That makes it an issue with a slightly different colour. It's not so much that the Trudeaus accepted a vacation trip from someone who had business with the government. They asked for one. Mr. Trudeau said Wednesday he had a standing offer to use the island. That doesn't make it better.

It's not up to Ms. Grégoire Trudeau to navigate ethics rules. It's Mr. Trudeau's responsibility to determine that there are things you have to pass up when you are PM.

His opponents might hint that some sinister corruption is at work, but it's easier to believe it was a kind of hubris. Mr. Trudeau has a tendency to think he's a good guy and that everyone should see him that way. Recall how he once said Canadians weren't as concerned about electoral reform since he'd replaced Mr. Harper. It is easy to imagine that he felt it was sort of okay to take a trip from a sort-of friend – and that no one should doubt it because he's Justin Trudeau.

But the conflict-of-interest rules exist to keep politicians out of situations in which the public has to guess the purity of their intentions. Mr. Trudeau flew into one on a chopper. Instead of bearing the responsibility of those ethics rules, he treated them with unbearable lightness. 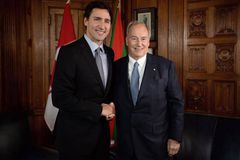 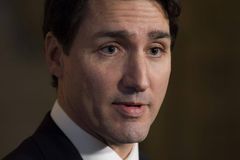