A year ago, I made a prediction that actually came true.

While Prime Minister Justin Trudeau was still insouciantly snapping selfies, I suggested the "difficult arbitrages" he faced in doling out federal cash transfers would bring his honeymoon to an end by setting up a nasty clash with the provinces before 2016 was out. Whether Mr. Trudeau can avoid all-out warfare with his provincial counterparts is the big question facing his government in 2017.

Mr. Trudeau came to power promising a new era of "collaborative federal leadership" after a decade of Stephen Harper's practice of avoiding potential conflicts with the provinces by writing big cheques for health and equalization, no questions asked. That period would have come to an end no matter who won the 2015 election, since Mr. Harper had signalled well before his defeat that he planned to slash the rate of growth in health transfers starting in 2017.

Still, Mr. Harper would not have risked further poisoning relations with the provinces by attaching strings to federal health transfers. Hence, the Trudeau government's move to offer a flat 3.5-per-cent annual increase in block health grants to the provinces (compared to 6-per-cent annual growth under Mr. Harper), with a conditional $11.5-billion over 10 years specifically for home care and mental-health services, is a risky gambit that could backfire.

By signalling that Ottawa intends to assert its health care authority by directing any new federal health funding to specific services, the Trudeau government risks awakening Canadians' worst memories of a domineering central government. But its actions could also serve as the catalyst for desperately needed reform in the way health care has been delivered by the provinces.

Juicy, no-strings-attached transfers by the Harper government, combined with powerful public sector unions and the doctors lobby, meant that most provinces simply pumped the money into higher salaries for hospital workers and doctors. To buy labour peace, health funds were directed to the most expensive, not the most cost-effective, parts of the system. Outpatient services, particularly publicly funded home care provided by the private sector, were neglected.

Done right, Mr. Trudeau's approach could lead to meaningful improvements in two of the most underfunded areas of Canadian health care. Better home care and mental-health services would also take significant pressure off provincial budgets, since it would cut down on far more costly doctor visits and hospital admissions.

The availability of home care is patchy and its quality highly uneven. Home-care workers complain, with reason, of poor wages and working conditions. Dedicated federal funding for home care could raise standards.

Nowhere in the 2015 Liberal platform did it say that the new era of "collaborative federal leadership" would be harmonious, despite the Kumbaya vibe Mr. Trudeau channelled on the campaign trail. Though there had been tensions with the provinces over Ottawa's infrastructure strategy, the true test of Mr. Trudeau's mettle was always going to be the health negotiations.

For Mr. Trudeau, negotiating a federal-provincial climate-change strategy was made infinitely easier by the election of Rachel Notley's New Democrats in Alberta. By moving ahead of Ottawa to raise her province's carbon tax, the Alberta Premier enabled Mr. Trudeau to claim success simply by formalizing in a federal plan what all but a couple of provinces were doing anyway.

Health care is a much tougher file. The numbers are just so much bigger and provincial finances so threatened by the seemingly insatiable health monster that the premiers have no choice but to go to war with Ottawa to prevent its share of overall health-care funding from shrinking any further.

Mr. Trudeau royally ticked off some premiers by persuading Liberal governments in New Brunswick, Nova Scotia and Newfoundland to accept his offer of slow-growing block grants, topped off by extra cash for home care and mental health. Still, the real negotiating is only beginning as the four largest provinces hold out for better deals. If they get them, Ottawa has promised the three Atlantic provinces will get similar treatment.

The largest provinces will continue to resist federal conditions on health-care funding, beyond those already imposed by the Canada Health Act. Quebec, for one, will never accept them. But unless the provinces can show they're serious about real reform – and that would involve standing up to the public-sector unions and doctors lobby to change health-care delivery – Ottawa may have to lead the way.

In doing so, it just might save the provinces from themselves.

Opinion
Canada must not give up the fight on climate change
January 2, 2017
Globe editorial: How to preserve Canada’s indigenous languages
December 29, 2016 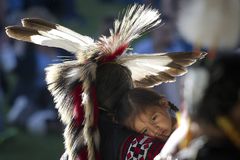 Globe editorial: From political fundraising to the price of crude, what are the odds of everything in 2017?
January 2, 2017
Follow Konrad Yakabuski on Twitter @konradyakabuski
Report an error Editorial code of conduct
Due to technical reasons, we have temporarily removed commenting from our articles. We hope to have this fixed soon. Thank you for your patience. If you are looking to give feedback on our new site, please send it along to feedback@globeandmail.com. If you want to write a letter to the editor, please forward to letters@globeandmail.com.
Comments