"Two things can wipe us out," George Shultz, former cabinet secretary in the Nixon and Reagan administrations, said in an interview last week. "One is nuclear weapons and the other is climate change."

Mr. Shultz, the highly respected American statesman, better not try that one on Scott Pruitt. Mr. Pruitt heads up what, under his stewardship, is the amusingly titled Environmental Protection Agency.

The former Oklahoma attorney-general, who sued the EPA 14 times while in that post, was appointed by U.S. President Donald Trump to essentially gut the agency. He has proceeded accordingly. He's turning it into an oil, gas and coal promotion vehicle. Rather than a regulator, Mr. Pruitt is a smokestack facilitator. The titans of industry love the guy, as does Mr. Trump who, in accordance with Mr. Pruitt's wishes, withdrew from the Paris climate accord.

You don't hear much about Mr. Pruitt because he operates in secrecy, surrounded by bodyguards, and because in a government of so many outrages, his scorched-earth approach to ecology doesn't even make the highlight reel.

His environmental-destruction agency comes to mind now because negotiations to modernize NAFTA are beginning and on the list of Canadian priorities is one straight out of you've-got-to-be-kidding territory. Namely, to have Trumpites suddenly flip the switch and agree to high environmental standards including fully supporting efforts to address climate change.

Foreign Minister Chrystia Freeland, who put forward this objective Monday, says she is "deeply optimistic" going into the NAFTA talks. In many respects, she has reason to be.

The Canadian side has already dodged the big bullets. What had Ms. Freeland and company very frightened was the Washington threat to unilaterally impose a border adjustment tax on imports. That plan, supported by House Speaker Paul Ryan, would have touched off a brutal trade war. But Mr. Trump fortunately abandoned the idea.

This was after he fortunately abandoned the idea of scrapping NAFTA altogether. More recently, he has threatened to curb steel imports, a move that would hit the Canadian industry hard. But Mr. Trump hasn't moved on that either, at least not yet.

So far, he's been more blather than bite.

But in respect to the environment, Canadian negotiators' hopes are far-fetched. They're not dealing with the green-washed Obama administration any more. They're dealing with renegades in power.

Putting new environmental standards on their demand list has the look of a ploy, something you know won't cut it but that can be tossed away as a concession to the other side in the hopes of getting something in return.

Canadian officials, while recognizing what one called the huge chasm between the Obama and Trump administrations, maintain however that it isn't a hopeless cause. There's the Mexico angle to be considered. Environmental standards are so much lower in Mexico than in the United States that by adopting new benchmarks in the renegotiation, Washington will force Mexico onto a more level playing field that would mean less bleeding of U.S. jobs. But any new standards could still be well below what Ottawa wants.

But, Ms. May adds, while Ms. Freeland's demand "may be unrealistic, that does not mean she is wrong to try." She wonders, though, whether "the Trudeau Liberals are prepared to accept environmental improvements to NAFTA themselves?"

The game is in the posturing phase and there is much more posturing to come. But if Ottawa doesn't get the environmental protections it wants, it won't be a deal breaker. Nor, for that matter, is Washington's demand to drop the current dispute settlement mechanism. A compromise form of arbitration can be found.

The run-up to the negotiations has worked out well for the Trudeau Liberals, thanks in part to their intense lobbying effort across the United States. All they have to worry about now is that an erratic President, tempestuous on trade, will veer off the rails. Which is a lot to worry about. 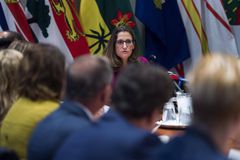 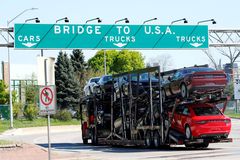 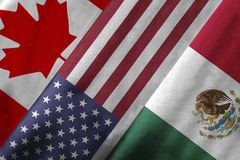