Russia, China and a chunk of the U.S. electorate share a sense of being hemmed in, misunderstood and surrounded by adversaries, the muscular response to which is aggressive nationalism. The portents for this way of viewing the world are not encouraging.

President or otherwise, Donald Trump has both tapped into and expanded the perception that the United States has been weakened, even suckered, by other countries, foes and friends alike. Countries are stealing American jobs, he claims. They manipulate their currencies, take advantage of unfair trade deals, lure U.S. corporations overseas. They cheat, but the United States does not.

Military allies are not pulling their weight. The United States has to do way too much (which is true, by the way), and erstwhile allies do too little, he argues. Chinese are eating Americans' lunch. Mexicans sneak across the border to take American jobs. Europeans are shirkers. The Islamic State threatens the United States, but other countries do not take the threat seriously enough.

Constructive international engagement, a linchpin of U.S. foreign policy, is a hoax and a trap for Mr. Trump. Instead, the attitude of "America First" should define foreign policy – an attitude that rejects the normal pursuit of national self-interest through engagement in favour of in-your-face muscularity and "deals" that the United States will impose on others, with retaliation if they do not acquiesce.

U.S. foreign policy has always been a mixture of the projection of values and self-interest. But in Mr. Trump's view, values count for nothing, only the unilateral and abrasive pursuit of self-interest, which makes his approach very similar to those of Russian President Vladimir Putin and Chinese President Xi Jinping.

Political "experts" south of the border are almost unanimous that Mr. Trump cannot win the presidency because he is so intensely disliked by huge swaths of the electorate, starting with majorities of women, blacks, Hispanics and young people. These were the same "experts" who were almost unanimous nine months ago that the showman/businessman, with his shaky grasp of policy and multiple misstatements of fact, could never win the Republican Party nomination.

Win or lose in November, Mr. Trump in the meantime will force Democratic candidate Hillary Clinton to defend her party's traditional constructive internationalism to an electorate of which a portion now fiercely rejects it.

What should be a selling point – her considerable international experience – could become a liability after Mr. Trump labels her an "internationalist," someone always ready to compromise and seek common ground, rather than putting America First.

This Trumpian view of the world, and of how his country fits into it, is something we have seen before in many places and at many points in history: the blaming of others for misfortunes. Sometimes the enemies are within (Communists, racial and religious minorities); sometimes they lurk abroad.

A strong and confident United States would never succumb to this appeal, and perhaps, in November, most of the country will have seen the appeal for what it is: a dangerous diversion. But so much uncertainty swirls in the United States and so many gods are alleged to have failed – free trade, alliances, engagement, liberal social policies – that many Americans feel restless with the present and apprehensive about the future.

These anxieties relate in part to Americans' own choices: an unwillingness to tax themselves sufficiently to pay for programs; income inequalities that have been allowed to grow; a political system that is dysfunctional, grossly distorted by money, gerrymandering and inflamed partisanship; a financial system so loosely regulated and consumed by greed that its collapse in 2008 is still being felt; misguided foreign military adventures. But these observations are too toxic for domestic consumption.

So we have the plutocrat as the worker's friend. The deal maker whose foreign policy will be a unilateral set of demands. The free-trade critic who has made lots of money outside the United States. The neophyte who almost revels in his ignorance, because knowledge breeds an understanding of complexity, and who proposes his daughter as an adviser in the White House.

Mr. Trump has redefined acceptable domestic discourse and challenged what had been an accepted way of seeing the world. It says a great deal about his country, none of it good, that he has defied so many expectations and may yet defy more. 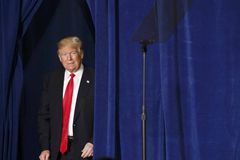