U.S. President Donald Trump released his administration's national security strategy, presented in a speech to a subdued military audience on Monday afternoon. The strategy document was previewed by Trump's national security adviser, General H.R. McMaster, at a conference last week, and accompanied over the weekend by the usual leaks from anonymous Washington sources. But the speech itself gave the flavour and affirmed that U.S. national security strategy is Mr. Trump's and carries his personal stamp. Its flavour was that of grievance – that past presidents and their policies had failed miserably and that the world had taken advantage of the United States, above all economically.

If Mr. Trump increasingly feels backed into a corner domestically by such things as the Russian election meddling probe, low approval ratings, and a partly stalled political agenda, he clearly seeks a personal, if unexpected, breakout through his foreign policy stance.

Mr. Trump again sounded a campaign promise that he would restore American greatness through an America-first policy and that both traditional allies and foes would be put on notice. The strategy document was dressed as an important shift to a doctrine of "principled realism," with a reference to the great forces of geopolitics and the contest for power. Close reading suggests that there are more elements of continuity with past U.S. administrations than the President would care to admit, not least on counter-terrorism. The strategy also contains mixed messages about Russia and China, suggesting they are adversaries, competitors and potential collaborators, all at once.

The speech will be closely watched in Ottawa and the document read page by page, with the kind of hopeful eye that has attended Canada-U.S. relations since Trump's inauguration. It comes on the eve of the first visit by U.S. Secretary of State Rex Tillerson to Ottawa for talks with our Foreign Minister.

There was one positive reference in the national security strategy that will cause some rejoicing in Ottawa. In discussing different regional contexts for the U.S. exercise of power, there is this: "Canada and the United States share a unique strategic and defence partnership."

But if this passage causes a warm glow in the hearts of government leaders and officials, there are lots of elements of the U.S. strategy that will need to be read warily. On the military dimension of the Canada-U.S. relationship, there is the recurrent demand for greater burden-sharing by NATO allies, and a strong emphasis on ballistic missile defence (a policy that will require a Canadian response and ultimate embrace).

The U.S. national security strategy makes strong borders and tightened immigration policies a prerequisite for the United States – both could have a real downside for Canada. The "beautiful" wall will be a strictly Mexican problem, but Canadian immigration and border security policies will be increasingly difficult to align with those of more nativist United States.

Bilateral trading relationships are embraced but only if they are fair and reciprocal. The difficulties experienced in the NAFTA negotiations to date suggest that definitions of fair and reciprocal remain far apart between Canada and the United States.

The national security strategy would position the United States as a dominant energy power and exporter. Reading it makes clear that there will be no softening of the Trump administration's stand on the Paris climate accord, and no forward thinking on climate change security impacts.

The challenge that the U.S. national security strategy presents for Canada is not just figuring out where we fit (or don't) in the turbulent age of Trump. The challenge is to fashion our own strategy in response. We have been here once before. In September, 2002, then-president Bush released a highly charged national security strategy, with its doctrine of pre-emptive war and democracy export that set the United States on its fateful course of intervention in Iraq. The Canadian government of the day (incidentally Liberal) felt compelled to come up with a distinctly Canadian strategy document, released in April, 2004.

Opinion
Next in the Trump saga, laughter will turn to tears Subscriber content
December 18, 2017 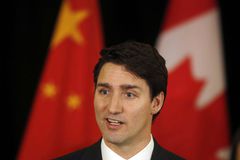 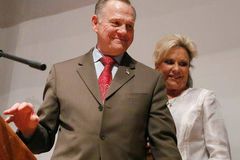