Donald Trump said last week that he welcomed a trade war. This week, he will find out if he gets one. And next week he may discover if his initiative to slap tariffs on steel and aluminum imports, motivated as much by domestic politics as by economic policy, will have the intended effect at the ballot box and boost Republican electoral prospects.

This week the United States' largest trading partners, including Canada, will begin to learn the details of the Trump plan, which White House officials originally insisted would provide no carve-outs or exemptions, even for countries with deep and well-established trade relationships. But the insight that Allan Gotlieb, Canada's ambassador to the United States from 1981 to 1989, added to the permanent wisdom of Washington may apply here and could work to Canada's benefit: No decision in the American capital ever is final.

By sheer but significant coincidence, the first political test of the Trump tariff gambit comes a week from Tuesday here in the heart of steel country, where voters will fill a vacancy in the House of Representatives in a very close special congressional election that has attracted keen attention from the President, who visited the district six weeks ago and returns Saturday to campaign for Rick Saccone, the Republican candidate. Mr. Saccone, a state representative, has a slender lead in the district, which gave Mr. Trump a 20-point advantage in the 2016 election, over his Democratic rival, Conor Lamb.

Details of the Trump tariff plan, which generally is to impose levies of 25 per cent on steel and 10 per cent on aluminum, likely are to begin to emerge this week, although the contours of the final package may be weeks away. Mr. Trump announced the tariffs with little or no consultation with his top advisers, much the way he rolled out the US$1.4-trillion tax-cut plan late last year.

Like the tax plan, the presidential remarks on the measure were short on specifics and took no account of the complexity of the initiative he was undertaking.

It remains unclear, for example, whether the tariff applies exclusively to finished steel or whether semi-finished steel products, used in the production of heavy machinery or in concrete reinforcing bars, are to be affected. Alcoa, based here in Pittsburgh, has smelters both in Canada and the United States and already has indicated it wants its products to be exempted from the Trump measures.

An important element in the weeks ahead will be the congenial relationship between Leo Gerard, the Canadian who heads the powerful United Steelworkers labour union, and Wilbur Ross, Mr. Trump's commerce secretary. Mr. Gerard, born in Creighton Mine, Ont., repeatedly has argued that Canada and the United States have a relatively balanced and stable metals trade. "Canada doesn't cheat," Mr. Gerard said in an interview. "It's important that Trump looks at which countries don't cheat. We're going to push him to do something to favour Canada."

Paul O'Neill, the former Alcoa chief who was secretary of the treasury under President George W. Bush, added in a separate interview: "It is important that the President is prepared to take action. But it has to be targeted action, against only countries that cheat."

Finance Minister Bill Morneau said Sunday on CTV's Question Period that "this is not an acceptable possibility for us to put tariffs on an important commodity like steel and aluminum."

The European Union already has threatened new tariffs on American products, especially spirits and motorcycles – evocative, symbolic products of the U.S. economy produced in the homes of the Senate majority leader, Mitch McConnell of Kentucky, and the House speaker, Paul Ryan of Wisconsin, respectively.

China's reaction was muted, but Brazil and Asian countries also are contemplating new duties, arguing – as the devoutly conservative editorial page of The Wall Street Journal, long a bastion of free-trade nostrums, did on the weekend – that the Trump decision was "one of the greatest examples of presidential nonsense in history."

Tariffs have been a combustible part of American politics since 1816. A tariff bill passed a dozen years later, known as the Tariff of Abominations, actually led later to the resignation of a vice-president, John C. Calhoun, in 1832. The Smoot-Hawley tariff of 1930 has been popularly blamed for deepening the Great Depression, although some economic scholars now dispute that conviction. Trade issues have been no less controversial in Canada, with the Conservatives defeating the Liberals in 1911 during bitter debates over reciprocity by employing the slogan "No truck or trade with the Yankees."

In a debate Saturday evening in the Pittsburgh area, both candidates in the special congressional election generally backed the President's initiative. Steel executives in the United States applauded the latest tariff initiative, playing down the threat of a global trade war growing out of the Trump plan.

"We're in a trade war already, and we're losing," said John P. Surma, former chairman and CEO of U.S. Steel, also headquartered in Pittsburgh. "This is a way to strike a balance and stop losing."

Even so, some experts warned that the Trump move would seriously disrupt the global economy.

"This is likely to escalate trade tensions, particularly as it looks likely to apply to a broad group of countries including to some allies of the U.S.," wrote Jan Hatzius, the chief economist for Goldman Sachs who warned that "further disruptive trade developments over the coming months, including stalled NAFTA [North American free-trade agreement] negotiations and potential restrictions on Chinese trade and investment" could be coming.

In his insurgent presidential campaign of 2016, Mr. Trump vowed to bring steel and coal jobs back to areas such as southwestern Pennsylvania, which for a century had a surfeit of both. But many experts believe that those jobs and industries, the victims as much of automation as of global competition, are unlikely to rebound to their earlier health. The United States today imports about a third of its steel and almost all of its aluminum.

"The integrated steel plants were here because of the waterways and the coal and coke resources," said Christopher Briem of the Center for Social and Urban Research at the University of Pittsburgh. "But the new investment in steel has been in mini mills, and this is not a competitive place for that. I'm sure the intent is to preserve some of the jobs that remain here, but it won't bring back the old days."

Employment in the primary metals industry peaked at 380,000 jobs in this region in 1952. Indeed, there were more steel workers at one plant, the Aliquippa Works of Jones and Laughlin (15,000), in its heyday than the entire Pittsburgh region has today.

Opinion
Ontario must stick together to fight U.S. protectionism
March 5, 2018 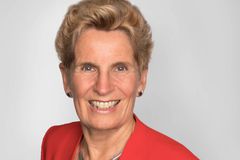 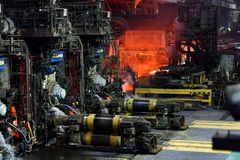 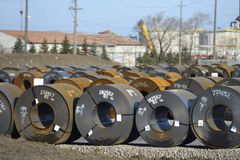