As much as our eyes may have been drawn to the bright flash of his war threats, what made U.S. President Donald Trump's speech to the United Nations General Assembly truly remarkable and disturbing was not the verbal fireworks directed at North Korea, the sabre-rattling directed at Iran or the Cold War threats aimed at Venezuela's alarming regime.

Nor was it the disarmingly polite and deferential opening flourish, in which Mr. Trump poured lukewarm praise upon the 72-year-old world body for its collective protection of national sovereignty, minutes before threatening to abrogate that sovereignty unilaterally if certain rogue states transgressed his limits.

While most of the 193 UN member states would not go as far as to threaten to "totally destroy" North Korea if its "rocket man" dictator Kim Jong-un were to menace the United States with his nuclear arsenal, almost every government agrees with the broad sentiment behind it. Everyone wants to get rid of rocket man, as long as Seoul isn't destroyed in the process.

For sure, even many of his allies probably found Mr. Trump's language embarrassing and counterproductive – it was an almost comically precise parroting of the bellicose phrases Mr. Kim directs at the U.S. on an almost weekly basis in televised rants. As a result, the President's bellicose message sounded, to many listeners, like a display not of strength but of impotence.

But that was not the remarkable feature of Mr. Trump's speech. Many world leaders in attendance had been present exactly 15 years earlier, when George W. Bush made his 2002 address to the General Assembly asking its members to back the U.S. invasion of Iraq.

That time, like this one, the speech felt like a bait-and-switch: Mr. Bush had won UN support for the war in Afghanistan, which had housed a dangerous organization that attacked the United States, but then had devoted his energies to the completely unrelated, non-imminent and complex threat of Saddam Hussein. That speech failed to win wide international support, and was probably a major reason why the Iraq war turned into a debacle.

This time, Mr. Trump had the world's sympathies on North Korea's threat, and has already won wide support via a unanimous UN Security Council vote on robust sanctions. But he burned away much of that goodwill on Tuesday by trying to shift attention to the utterly unrelated, non-pressing and far more complex issue of Iran.

The largest share of Mr. Trump's speech was devoted to threatening Tehran – a highly unpopular position, given that key UN members devoted much of the past decade to negotiating a difficult and hard-fought nuclear peace deal with Iran. That deal has been very successful, as observers' reports continue to show, and nobody in the region, except perhaps Saudi Arabia and Israel, wants to push Iran back into the darkness.

But purposeless threats against Iran are hardly surprising developments from a U.S. Republican president; diplomats are crossing their fingers in hope that this is yet another of Mr. Trump's bluffs.

Most alarming, to veteran leaders and diplomats from other democracies, was the larger message Mr. Trump carefully delivered about the sort of world he would like to see. It was a message that did not contain the words "democracy" or "human rights," to say nothing of the word "climate."

And it was a message that had its climax in this rather shocking passage, which seemed to have been cribbed from the darkest moments of the 1930s:

"Now we are calling for a great reawakening of nations. For the revival of their spirits, their pride, their people and their patriotism. History is asking us whether we are up to the task. Our answer will be a renewal of will, a rediscovery of resolve, and a rebirth of devotion. We need to defeat the enemies of humanity and unlock the potential of life itself … The ancient wish of every people, and the deepest yearning that lives inside every sacred soul."

That steely talk of vengeful national will and angry patriotism, devoid of any scent of democracy or international co-operation, salted with praise for Saudi autocrats, coupled with a genuine threat to withdraw from the climate and nuclear-peace treaties that have kept the world safe from its worst futures, was all too familiar to many of the leaders seated in New York on Tuesday. They know this sort of language from their own 20th-century history – it was precisely the sort of language whose fearsome outcomes led to the creation of the United Nations. 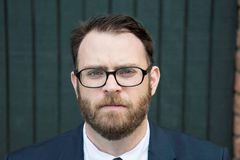