H.A. Hellyer, a senior non-resident fellow at the Atlantic Council in Washington, D.C. and the Royal United Services Institute in London, is the author of The 'Other' Europeans: Muslims of Europe.

"His rhetoric is just rhetoric – you know, he's just playing to his base. It's what politicians do when they are trying to get elected – but there's no way he'll actually do any of these outrageous things. He'll moderate. His policies can't be that bad once he's actually president."

Those who underestimated Donald Trump were right. His policies, at least when it came to the "Muslim ban" weren't that bad.

Mr. Trump hasn't been President for 10 days yet – but he's already delivered on possibly the most controversial policy he mooted during the presidential campaign. A policy that even many Republicans – at the time – denounced as bigoted and contrary to American values. The "Muslim ban" – or as Mr. Trump tried to cast it in a more "respectable" fashion as "extreme vetting" now exists. And it's worse than anyone thought.

Let's recap: Mr. Trump has now suspended the U.S. refugee program – a program that was already incredibly limited, and which allowed for a paltry number of refugees fleeing oppression, repression, and terrorist groups. These are some of the most vulnerable and defenceless people in the world – and the Trump administration has said, 'Sorry, you're not welcome.' It's a sad day when the so-called leader of the "free world" has declared, "yeah, we don't care"; when a President who is the proclaimed candidate of the Christian right in the United States has taken a stance that would have ensured that the Messiah himself, a refugee, would have been unable to find refuge.

But Mr. Trump's policy doesn't stop there. Citizens of seven Muslim-majority countries, which haven't actually produced any of the terrorists responsible for major atrocities against the United States in the past 16 years, are now banned, indefinitely. And it is, undeniably, a Muslim-ban – because non-Muslim refugees of those countries have an exemption route, if they choose to take it, from the ban.

The United States has effectively instituted a religious test. It's abysmal.

But, again, Mr. Trump's policy doesn't stop there. It's not only refugees that are being denied entry; it's not even the non-issuing of new visas to citizens of those seven countries. People who already have visas are now being told – your visas are now cancelled. That includes, by the way, citizens who have worked for the United States – people who even served as interpreters for the U.S. in conflict zones, or worked in their diplomatic missions. They're good enough to work for the U.S. overseas – but not to be admitted into the U.S.

It's not even just that bad. It's even worse. Green card holders – i.e., people who have already gone through aggressive checks and are one step away from being American citizens – are being told that even while they have built lives in the U.S., and may have been there for decades, they can now be denied entry into their new home.

Citizens of America's closest allies, including the United Kingdom, my own country, are now also banned from entry into the United States, if they also hold the nationality of one of these seven countries. A Brit, born and raised in the U.K., but who happens to have a parent or grandparents from one of these seven countries, and thus hold the nationality of that country, even if they've never been to that country – they're also banned.

What is there to say about this – except that it is all utterly and wholly outrageous.

There is only one respectable response to this policy from Americans inside the U.S. and leaders outside of the U.S. – unreserved and unqualified condemnation.

But no one should assume that is going to be the automatic retort. On the contrary: Republicans who mocked and denounced Mr. Trump for touting the proposed policy during the presidential election and primaries are now either giving silent consent, or openly supporting their new leader. My own Prime Minister, didn't take the opportunity, when asked, to say she deplored the policy – instead, Theresa May said that the U.S. was responsible for its own policies.

It would be foolish to say that this policy will radicalize Muslims worldwide – they're not automatons who will readily flip just because of a stupid and bigoted policy from this U.S. presidency. But make no mistake – this policy does give a huge amount of fodder to Islamic State and the extremist Islamist narrative. They will use and abuse it for years to come.

An irony of ironies: The only people happy with this policy today are right-wing populists in the West, and extremist Islamists worldwide. The free world has just become a lot less free – and certainly not one bit safer. 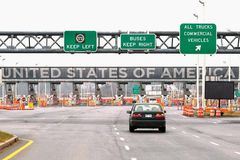 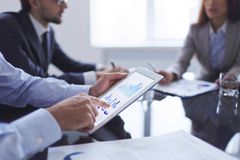