When its Empire sprawled across the globe, the country governed territories within which lived people of different races, religious and cultural practices.

When Britain withdrew from these territories, it left behind federal structures. Some of these have endured for a long time, as with Canada and Australia; others for rather less time, as with India; while still other federations fell apart, as between Singapore and Malaysia, and various rickety efforts in Africa and the Caribbean.

At home, however, Britain preferred centralized government for the peoples who constituted the United Kingdom: the English, Irish, Welsh and Scots.

Devolution of power to Ireland roiled British politics for decades in the 19th and early 20th century. Home Rule for Ireland was the fighting cause for Irish "rebels" and a mortal threat to the unity of the kingdom in the eyes of the English elite.

Independence came to 26 counties of Ireland, but only after terrible violence. And even after London and Dublin agreed on that change, a civil war racked Ireland between those who accepted independence and those who wanted the entire island for the new state.

What was left of British Ireland – Northern Ireland – was run from Westminster, as were Wales and Scotland, although deference was given to Scottish distinctiveness in law, banking and some social programs. But in London there was a Scottish Office, a clear indication of the limits of devolved sovereignty. Northern Ireland had a parliament at Stormont in Belfast, but it was often closed. (It now functions following the peace accords.) Scotland had none – until prime minister Tony Blair reckoned that he could blunt growing Scottish nationalism by allowing Scots to vote on whether they wished their own Parliament, which they did.

The Blair government dispatched emissaries to Ottawa in those years to inquire about how federalism works. It was clear to those who met them that they had only a limited understanding of federalism. They were also naive in the extreme about the likelihood that devolution of power to Scotland, once delivered, would whet the appetite for more eating.

The Blair government assumed it had solved that appetite problem by imposing a system of proportional representation that would make it all but impossible for the Scottish nationalists to win a majority, majorities being hard to win in PR systems.

And so it was in the early elections, but the Scottish nationalists surprised everyone by winning one majority, and then an even larger one. With those victories, they demanded the holding of a referendum, which they have just lost, with 44.7 per cent of voters saying Yes to a straightforward question – "Should Scotland be an independent country?" – against 55.3 per cent who said No.

The No majority was clear enough. The Scottish National Party leadership had agreed that the referendum would settle the issue for a generation, unlike Quebec, where on the night of a thumping 60-40 defeat in the first referendum, premier René Lévesque declared "À la prochaine," meaning another referendum at some point.

Having won so many votes, the Scottish nationalists will in all likelihood be back for another referendum try, despite their statements that one would be all.

In the referendum campaign's dying days, the leaders of Britain's three national parties rushed to Scotland and pledged substantial additional devolution of power and taxing authority to the Scottish Parliament.

Once delivered, this arrangement will create deep asymmetry between what Scotland has and what the rest of the country does not. This arrangement will bring demands in Wales and England for some sort of devolution, perhaps not as substantial as for Scotland but devolution nonetheless. Already, calls are being heard for "English power for the English" in the creation of a kind of English Parliament for matters relating only to England.

What will happen at Westminster, where Scottish MPs will continue to sit but where many laws and much spending will not be decided there but rather in Edinburgh? Should they have the right to vote on matters that pertain to England and Wales, while MPs from those parts of the country cannot vote on matters pertaining to Scotland?

Britain will be wrapped up in these federalism questions, which, as Canadians can inform them, can be knotty and contentious. Looming perhaps in the not-too-distant future is Prime Minister David Cameron's pledge to hold a referendum on Britain in the European Union should his party win next year's election.

The British, it would appear, will be rethinking how they relate to each other, and to their closest neighbours, for some time to come.

Opinion
Why the future U.K. will look a lot like Canada
September 19, 2014 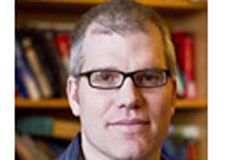 Salmond resigns after Scots vote 'No' in historic referendum
September 19, 2014 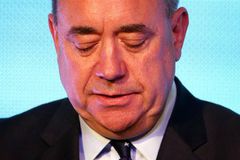 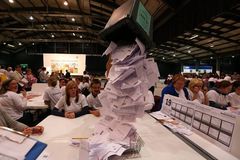 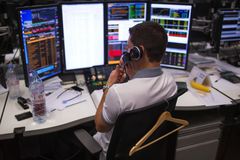