It may sound pretentious to say that universities are places where knowledge is created, but that really is the essence of the university: to create and disseminate better understandings of the world around us. Professors don't get paid huge bags of money for the books they write, and get paid not at all for journal articles. We write to share the stuff we've learned through our research, with the idea that a better understanding is better than ignorance.

Some believe otherwise, such as Globe columnist Jeffrey Simpson, who contrasts teaching versus research as a matter of serving public versus private interests. The funny thing is that Mr. Simpson almost realizes this distinction is a false one: "The young professor, like the doctors, nurses, judges and lawyers, are providers of a 'public' service – in this case, imparting knowledge and encouraging critical and creative thinking."

Where does this knowledge come from? Magic? Do only dead professors, such as Einstein, count? Yes, there are private researchers in some corners of the knowledge-creating enterprise, but their focus is on what's necessary for their employer, such as drug companies, and will often not share what they learn. Professors are bound by incentives and by ethics to share what they've learned as broadly as possible, which ultimately is for the public good.

Consider the businesses that tend to grow around research universities – not just bars and pizza joints but often software companies, biotech companies and other knowledge-based businesses. Coincidence? I don't think so.

Critics might concede that universities do create high-tech knowledge, but that the rest of the disciplines should be focused on teaching. My own area of research within political science has been on how countries control their militaries when engaged in distant multinational operations. Specifically, I've been studying NATO's war in Afghanistan, and trying to understand Canada's decisions (as well as those of the other countries involved). Am I doing this research to maximize my private interests? Aside from some frequent flier miles, no. My concern is how democracies control their militaries without getting in the way of successfully running operations.

People often make the classic mistake of thinking that teaching and research are two entirely separate endeavours. Our research informs our teaching (and vice versa). Even in the biggest classes, such as introduction to international relations, the latest research is always part of the curriculum. My work on NATO and Afghanistan shapes how I teach about alliances. The work of others influences what I say about democracies and war.

The pity is that such beliefs generate ignorance rather than understanding, providing support for those politicians who want to cut spending at universities (even though such spending is a better multiplier than prisons, planes or other forms of pork). Are our incentives too skewed? Perhaps. We could have an intelligent debate about that, as some scholars have done much research (oops!) about the economics of universities and the tradeoffs of various kinds of education systems.

It may very well be the case that our current set of incentives emphasize research more than teaching, but we need to be clear that research is a fundamental part of the university enterprise, serving the public good, and that research and teaching are inextricably linked. After all, if we're not engaged in the study of what we teach, then all we can do is repeat what we learned a long time ago.

Stephen Saideman is the Canada Research Chair in International Security and Ethnic Conflict at McGill University.

Opinion
Are we serving the public or the providers?
September 17, 2011
University education no guarantee of earnings success
September 25, 2011 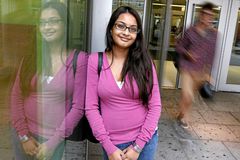 B.C. universities grapple with flood of new international students
September 20, 2011
Follow us on Twitter @globedebate Opens in a new window
Report an error
Due to technical reasons, we have temporarily removed commenting from our articles. We hope to have this fixed soon. Thank you for your patience. If you are looking to give feedback on our new site, please send it along to feedback@globeandmail.com. If you want to write a letter to the editor, please forward to letters@globeandmail.com.
Comments