As prime-minister-designate Justin Trudeau and his Liberals take control of the federal government, Ottawa's media managers are sure to line up to defend the virtues of media control. After almost 10 years under Stephen Harper, the managers have honed the art of controlling and blocking access to federal researchers, crafting "media lines" that seldom answer the questions asked and frustrating journalists.

Mr. Trudeau has vowed to reopen the lines of communication and take the "muzzle" off federal scientists. Even a modest improvement in communication would be welcome. But a return to more open government will require not only new policy, but also a new mindset in the bureaucracy the Conservatives have left behind.

Governments, including former Liberal governments, have always tried to control what scientists said on hot-button issues, such as crashing Atlantic cod stocks or rising greenhouse gases. But until the Harper Conservatives came along, government communication officers would often help reporters, and Canadians, connect with federal researchers.

As remarkable as it seems now, agencies such as the Geological Survey of Canada, the National Research Council and Health Canada used to trust and actively encourage scientists to discuss work on everything from genetically engineered salmon to flu outbreaks aboard cruise ships. Government media officers arranged for reporters to speak with enforcement officers involved in Environment Canada's wildlife smuggling stings or with scientists tracking invasive zebra mussels in the Great Lakes.

Federal scientists would even invite journalists into the field, with nary a media handler in sight. They took reporters to see ancient permafrost melting like ice cream in the warming Arctic, to see polar bears being fitted with tracking collars and to see pollution wafting across the Canada-U.S. border.

That all changed after Mr. Harper came to power. Under his government, a reporter would phone a federal scientist in Victoria to request a quick interview and a media handler in Ottawa would call back. They would demand that questions be submitted in writing. Then they would take days to respond, often with a "no," to interview requests. Articles that once took hours to research turned into days-long exercises in frustration, or were abandoned as deadlines passed.

Thwarted journalists started asking questions, and soon got their hands on documents showing how controlling and twitchy the federal government and its bureaucracy had become. One item that surfaced was Environment Canada's "media relations protocol" calling for "one department, one voice." It ordered scientists to refer all media queries to Ottawa, where media relations would help them respond with "approved lines." Such Orwellian policies soon spread to science-based agencies across government.

Natural Resources Canada nixed interviews with geologist Scott Dallimore about a report he co-wrote in the British journal Nature on a prehistoric flood that swept across northern Canada nearly 13,000 years ago. Fisheries and Oceans Canada would not allow reporters to speak with geneticist Kristi Miller about her salmon study published in the journal Science. Environment Canada atmospheric scientist David Tarasick was not allowed to talk about a report he co-wrote in Nature about an unprecedented hole in the Arctic ozone.

Documents released under the Access to Information Act show how communication strategists, managers and advisers in Ottawa took to deciding when, and if, scientists spoke to the news media. Multiple layers of approval were required before researchers could talk about even benign studies on snowflakes. Final approval (or more often, rejection) could stretch all the way to the Privy Council Office, which supports the Prime Minister's Office.

The documents point not just to a Conservative government but also to a bureaucracy with little interest or aptitude for sharing science with Canadians, who are paying the research bills. This delayed – by years – reports on antibiotic-resistant bacteria circulating in Canada and prevented briefings on the state of the Arctic ice.

Mr. Trudeau has promised to hire a chief science officer, whose job will include ensuring that government science is made public and scientists can speak freely about their work. That's a good first step.

But message and media control have become deeply embedded in the government, and Mr. Trudeau needs also to send a clear and forceful signal to bureaucrats that their days of interfering with the flow of information to the public are over. 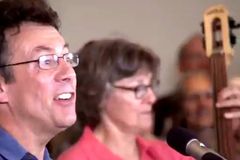 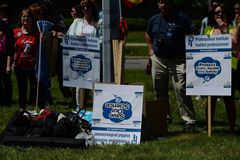