I've written and published one novel, and half-written and abandoned others, always because of my own perceived failure of imagination. As any novelist – or screenwriter or playwright – knows, it's incredibly difficult to see through the eyes of an invented someone. It only works when you try to write with grace, deference and curiosity.

Yet the great works of literature are great leaps of imagination, sometimes so much so that they seem impossible, from a distance. When it was revealed that Mary Shelley was the author of Frankenstein, long after the novel was published, readers were aghast – how could a woman have conceived something so abominable!

That was 200 years ago. Should modern artists try to inhabit the fictional lives of people whose history and cultural experiences are completely different from their own? It's fraught territory: Academics and writers have grappled with the concept of cultural appropriation, its proper definition, limits and boundaries, for years. It's a subject discussed at length in books and conferences. It should at least be something we can discuss, without fear of censure.

That doesn't seem to be the case at the moment. This week, Hal Niedzviecki, editor of Write Magazine (the publication of the Writers' Union of Canada) resigned from his post after his short essay about Indigenous writing prompted heated criticism.

"I don't believe in cultural appropriation," Mr. Niedzviecki wrote. "In my opinion, anyone, anywhere, should be encouraged to imagine other peoples, other cultures, other identities. I'd go so far as to say that there should even be an award for doing so — the Appropriation Prize for best book by an author who writes about people who aren't even remotely like her or him."

He goes on to counter the old teaching chestnut "write what you know": "Write what you don't know. Get outside your own head. Relentlessly explore the lives of people who aren't like you, who you didn't grow up with, who don't share your background, bank balance and expectations. Set your sights on the big goal: Win the Appropriation Prize."

Some people found this an ill-conceived way to preface an issue dedicated to Indigenous writing, and Mr. Niedzviecki acknowledges in his subsequent apology that he wrote "glibly." But do glibness and even insensitivity require that he lose his job? Would it not be better if he stayed at the helm of the magazine and commissioned pieces that provided robust counter-arguments?

Mr. Niedzviecki's essay goes on to say: "Indigenous writing is the most vital and compelling force in writing and publishing in Canada today. And this is because, in large part, Indigenous writers, buffeted by history and circumstance, so often must write from what they don't know. What at first seems like a disadvantage also pushes many Indigenous writers into the spotlight. They are on the vanguard, taking risks, bravely forging ahead into the unknown, seeking just the right formula to reclaim the other as their own."

The entire spring issue of the magazine is worth reading for its exploration of Indigenous writing and publishing, from shaping queer narratives to questioning the limits of fictional empathy. Mr. Niedzviecki's interview with publisher Kateri Akiwenzie-Damm of Kegedonce Press illuminates the challenges facing writers who have traditionally not been seated at the CanLit table: "We still see many beautifully written books by Indigenous writers struggling to fully achieve the sales and wide acceptance that they deserve." Maybe this issue of Write will cause people to think about how widely they cast their nets when they choose what to read.

Instead of the focus falling on the important content of the magazine, it is now all on one essay written by Mr. Niedzviecki, who has long been a supporter of independent voices in Canadian publishing (he also runs Broken Pencil magazine.) The Writers' Union of Canada, which you would think would be interested in the free and frank exchange of opinions about the content and quality of writing in this country, has failed to support him.

Even if you think Mr. Niedzviecki is wrong, and his opinions misguided and hurtful – and many people do, and have argued this case strongly – it's alarming to say that he shouldn't hold them. Ideas that incite violence or hatred deserve condemnation. But what about ideas that are uncomfortable or provocative or even (to some readers) ignorant? We have lost the appetite for confronting those ideas, for sharpening different, resonant arguments to counter them.

In a statement, the Equity Task Force of the Writers' Union argues that there are "racist systemic barriers faced by indigenous writers and other racialized writers." I think this is largely true. The task force writes that Mr. Niedzviecki "dismisses" those barriers. I don't think that is true, based on the content of his essay. It also calls for the retraction of the essay, among other demands. That would be a mistake: to ask for an unpopular idea to be dismissed from the record is a dangerous precedent.

What I've written here is likely to be contentious, which is fine. There will be other arguments (different, more resonant), and I hope we'll listen to them all. Those are the benefits of writing, and reading. 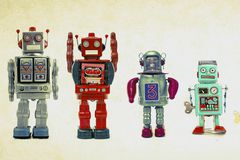