The outbreak of measles in the United States, which began at Disneyland in mid-December, has brought an age-old question to the surface anew: Should childhood vaccination be mandatory?

In an ideal world, the answer would be "no" – because every parent would do the rational and socially responsible thing and have their children vaccinated to protect them and others around them from dreadful illnesses such as measles, mumps, chickenpox and whooping cough.

But we live in an era of fear, not reason. A small but significant number of parents have, for a variety of reasons, come to fear vaccines more than they fear infectious diseases.

So how do we, in a democratic society, deal with them?

First, we have to understand who "they" are. There is no massive anti-vaccination movement. The vast majority of Canadian children – roughly 90 to 95 per cent – are vaccinated by the time they enter school at age 5. Only about 2 per cent of parents are intractably against vaccinations – an oddball group of conspiracy theorists and religious zealots.

In recent years, however, we have seen the emergence of a rapidly growing group of skeptics, parents with a hodgepodge of doubts and fears, real or imagined.

They believe vaccines are being rammed down their throats by greedy Big Pharma, that vaccines contain dangerous chemicals and that childhood illnesses are not as harmful as public-health officials make them out to be. They opt instead for "alternative" treatments and, in most cases, honestly believe they are making the right choice for their children.

Many of these beliefs are rooted in scientific ignorance, and the fact that it's much easier to find unabashed nonsense than easily digestible scientific fact in cyberspace certainly facilitates the embrace of quackery.

At some point, however, we need to ask whether our education system is arming young people with the necessary skills, if they grow up with no understanding of basic biology and a chilling disregard for rational argument.

The success of public-health programs has also played a key role. Vaccination has eliminated formerly common childhood diseases so thoroughly that memories of how bad they can be have been lost in the process.

This is the one positive that could come from the resurgence of measles and mumps – the shattering of this façade of blissful ignorance.

But let's not forget that there were significant outbreaks of measles in five Canadian provinces last year. They were much worse than the Disneyland outbreak that's getting so much media attention right now.

The United States actually has some of the strictest mandatory childhood vaccination rules in the world. But many states also have "religious" and "personal belief" exemptions that allow parents to opt out.

The argument is often framed as one of personal freedom and choice. That may have some currency with adults who refuse to be vaccinated, but we have all kinds of laws in place to protect children and allow them to flourish.

Parental freedom does not extend to corporal punishment, and school attendance is mandatory, to cite just two examples. Similarly, parents should not be allowed to deny children the protection of vaccines.

The flip side of freedom and choice is responsibility – personal and collective. When a child is infected with a disease like measles, the risk is not only to them but to others.

Do we have an inalienable right to catch and spread infectious diseases? Of course not.

The frightening spread of measles – from the "Happiest Place on Earth," no less – has evoked a lot of commentary in the United States.

Some have gone as far as to suggest that parents who refuse to vaccinate their children should be jailed. Others have advocated suing parents if their unvaccinated children spread disease, and called on legislators to end the "personal beliefs" exemptions in the law. In any case, the coverage has sparked an important discussion on the necessity of vaccination.

Ideally, we should be able to persuade all parents to vaccinate their children. Coercion should be a last resort. But, as the measles madness shows, there needs to be pushback, a forceful promotion of public-health measures for the greater good. 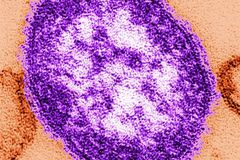