Citizens go to the polls in an election year and vote for school trustees who will manage the school district, but voters also expect advocacy for the district, schools and children. The public does not see itself as simply electing bureaucrats; they elect champions. Greater parental involvement in schools was established in the 1970s and 80s with the creation of parent advisory committees giving members of the public every reason to believe their voices matter. With control vested in the politicians and educational bureaucracy of the moment, school trustee advocacy for well-funded, appropriate education is framed in relation to the current provincial party (the B.C. Liberals) and educational leadership (Minister of Education Bernier).

As shocking as firing the Vancouver School Board is, the provincial government's action reflects a historical pattern of centralized education governance that has become ever more acute. By law, school boards are subordinate to the provincial government and charged with managing the budget and implementing the curriculum and standards set by the ministry. This change is not recent and began as early as the 1970s although escalated dramatically with Socred changes to school governance in the 1980s.

Firing school boards is draconian but it has happened before in British Columbia. In 1985, the Socreds fired both the Vancouver and Cowichan trustees for submitting needs-based budgets rather than complying with government-set spending limits. Provincial governments have made other changes to school boards that have outraged the electorate, such as the NDP's 1995 plan to centralize schools and reduce the number of school boards from 75 to 37 (a plan only partly implemented and a reduction in the number of school districts to the current 60).

Even though firing a school board in B.C. is legal within a centralized education system, it is unmistakably a political act. The BC Liberals have been in an antagonistic relationship with local education authorities and other education constituencies such as the BC Teachers' Federation for years. Firing the VSB trustees is a political move, but it is also a bureaucratic move that fosters the centralization of educational decision-making. It is easy to see this as merely a partisan move, rather than one that is both political and partisan.

Mr. Bernier accused the VSB trustees of spending too much time on advocacy and too little time on following the rules. Many Vancouver parents accuse the B.C. Liberals of flouting democracy for political ends.

This dramatic situation in Vancouver raises the question: Are school boards necessary? The answer has to be yes.

Even though B.C. school boards are seriously constrained and the governance structure dysfunctional, the opportunity to elect school trustees serves a critical role in a democracy. The public rightly expects to participate in decisions about important public matters like schooling.

The current situation gives B.C. school boards much responsibility and little authority, but change in educational governance can occur through action. The tactics used by the VSB trustees (refusing to balance a budget with inadequate funding; resisting demands to sell off revenue-producing assets, and so on) demonstrate a keen awareness of the potential dangers of centralized control and a need for checks and balances. The current situation in Vancouver also highlights the potential cost for advocacy.

B.C. school boards, as well as parent councils and the BCTF, are important mechanisms for holding the provincial government accountable for its policies and actions. Reciprocal accountability is essential to a healthy democracy.

Change in educational governance also occurs at the policy level and that should draw attention in the coming election. Political solutions are necessary. A centralized educational governance structure that demands unrealistic fiscal restraint and then accuses local authorities of fiscal irresponsibility is untenable. Alternative governance models, including new education funding strategies, are needed so education will be a sound investment in B.C.'s future.

Sandra Mathison is a professor of education at the University of British Columbia and executive director of the Institute for Public Education/British Columbia. 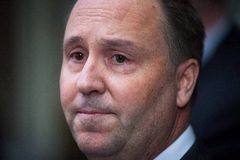 No Vancouver schools planned for closing as focus shifts to budget, staff
October 18, 2016
The B.C. government was right to fire the Vancouver School Board
October 17, 2016
Follow us on Twitter @globedebate Opens in a new window
Report an error Editorial code of conduct
Due to technical reasons, we have temporarily removed commenting from our articles. We hope to have this fixed soon. Thank you for your patience. If you are looking to give feedback on our new site, please send it along to feedback@globeandmail.com. If you want to write a letter to the editor, please forward to letters@globeandmail.com.
Comments