Charles Burton is an associate professor of political science at Brock University, and a former counsellor at the Canadian Embassy in Beijing.

When Prime Minister Jean Chrétien led a Team Canada mission to China in 1998, he was permitted to deliver a speech at Beijing's Tsinghua University. Although it did not get reported in the Chinese media, Mr. Chrétien was able to utter a single sentence (drafted by myself, a political officer in Canada's Beijing embassy at the time) to mollify those in Canada who felt he was too soft with Chinese officials on human rights.

"I would be less than frank," Mr. Chrétien said, "if I did not say directly to you that many Canadians are disturbed when we hear of people being arrested or in prison for expressing political views different from the government."

As Prime Minister Justin Trudeau heads to China on Aug. 30 for a five-day visit prior to the Group of 20 meeting in Hangzhou, there is no way he will be allowed to deliver even such a highly nuanced sentiment at a university or any other public venue. In today's China, democracy and human rights are concepts too sensitive to be mentioned by a visiting Western leader.

Ottawa's press release announcing the visit said Mr. Trudeau "will strive for a closer, more balanced relationship between Canada and China." He has his work cut out.

Canada has some serious issues that the Prime Minister needs to resolve with China's leaders. For example, we face annual losses of $2-billion in export revenue as a result of Beijing's move to severely tighten regulations on Sept. 1 that will effectively halt imports of Canadian canola seeds. There is no scientific rationale for this restrictive measure; Canada is just competing too well against China's growing stockpile of unsold domestic rapeseed.

For its part, China demands that Canada retract its support of an international tribunal's ruling that Beijing's claim to 85 per cent of the South China Sea violates the UN Convention on the Law of the Sea, to which China is party.

Beijing also wants Ottawa to repatriate Chinese Communist cadres it says have fled to Canada with ill-gotten gains, even though China has provided little evidence of alleged offences, and we know that such people would be subject to torture in the course of the horrific internal investigation procedure called shuanggui.

Then there's the moral elephant in the room: How Mr. Trudeau can square enhanced economic engagement against (a) China's egregious human rights record, (b) China's enabling support for dangerous dictatorships from North Korea to Zimbabwe, and (c) China's aggressive expansionist policies, particularly in the South China Sea.

This file has never been easy. In the 1970s, Prime Minister Pierre Trudeau, in extraordinary naiveté, admired the Communist leaders of his time, Mao Zedong and Zhou Enlai, as good and wise rulers dedicated to revolutionary social justice. This as millions of Chinese were being subject to torture in the name of Marxist ideological remoulding, with untold numbers left to die in the Great Proletarian Cultural Revolution.

By the 1990s, Mr. Chrétien reached out to Chinese Premier Li Peng – a key player in the violent suppression of the 1989 Tiananmen Movement – on the basis that economic engagement with the West would lead China to a democratic transition. To this end, he agreed to give tacit consent to China's human rights violations by a "going-through-themotions" engagement of China on human rights behind closed doors.

Now, our Prime Minister wants to build a new relationship on a palatable moral foundation. Unfortunately for China's Communist Party under General Secretary Xi Jinping, the democracy and human rights train has left the station and won't be coming back on his watch.

The increasingly insecure regime's respect for human rights keeps deteriorating, with more reports of "disappearances" of respected lawyers and severe constraints being imposed on freedom of speech and freedom of conscience. There is a fin de siècle mood in China as the official propaganda legitimizing Mr. Xi's power is increasingly removed from the values of the populace, the economy falters, and more and more state resources are allocated to "maintaining stability" by ever-stricter Internet censorship and more power for the secret police. These are scary times in China.

Canadians deserve a better and more Canadian-values-based approach to China. An "old wine in new bottles" policy with China will not work,and history will not judge Justin Trudeau well if this is the way the government chooses to go.

Trudeau hopes to ‘restart the relationship’ with China
August 21, 2016 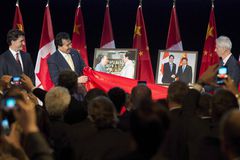 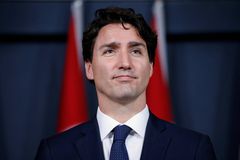