When Canadians learn that malnourished aboriginal children were used for nutritional experiments, they cannot really be surprised. Shock is a more plausible reaction. We should never be beyond shock. But not surprised. That would be to feign innocence, when we all know that for more than a century, Canadian authorities of all sorts continually acted badly when it came to indigenous peoples. Many Canadians knew this when it was happening. The standard public discourse made these actions possible. These were our governments, our authorities. Our responsibility cannot be denied.

What's more, this will not be the last shocking revelation. There must be much more to come.

And so an official national apology was a good thing. But it will not be nearly enough. For a start, everything must come out and be made clear. Full responsibility, whatever that involves, must be taken. The political, legal and bureaucratic cringing, prevarication, negotiating over which documents to release, when, in what conditions, only make the whole tragedy more humiliating for all Canadians, aboriginal and otherwise. How can any of us agree to live together in any sort of healthy relationship if there is not clarity, as well as full and concrete responsibility taken for the past?

We must also be very careful about the language, emotions and assumptions that come with this terrible opening up.

Great wrong was done to indigenous peoples when they were not in a strong position to resist, although they did resist as best they could in the circumstances. But I have never heard a First Nations, Métis or Inuit person say they wanted to be seen primarily as a victim. That would be marginalizing and demeaning. What they want is that their situation be understood. They want responsibility taken. They want to be heard. They want their dignity back.

That is why there is such insistence on respect for the treaties. We are all signatories. We are all treaty people. Those treaty agreements shaped Canada. The landed immigrant becomes a treaty person the instant she or he swears allegiance as a citizen of Canada.

What indigenous peoples are after is their full and proper place on this territory. They are the original founding pillar of everything done here. Their influence on the shape and habits of this country has been and remains enormous.

Yes, Canadian authorities began acting badly once they saw they could get away with it. Yes, the indigenous population plunged in the second half of the 19th century from as many as two million to fewer than two hundred thousand people. And so the racist policies aimed at assimilation, as well as cultural and even physical disappearance, gained traction.

But those days are long past. That is, the aboriginal position has changed radically. And that was the underlying message of last winter's protests and fasts, of Idle No More.

Those 150,000 or so aboriginal people are now approaching a million and a half, and they're on their way to two million. Those who were forbidden the right to hire lawyers as recently as the Indian Act of 1927 now have more than 1,000 lawyers of their own. They are in an increasingly strong legal position, having won case after case at the Supreme Court over the past 40 years. Having been forbidden the practice of their own spiritual beliefs, an increasing number of their young are embracing them. Forty years ago, there were virtually no aboriginals in colleges and universities. Now, there are more than 30,000 and the number is growing. There are thousands of indigenous corporations and businesses. And when National Chief Shawn A-in-chut Atleo stands up to give the 11th LaFontaine-Baldwin lecture on Saturday, he will be the third indigenous lecturer in the series.

Yes, aboriginal politics are messy. The national chief, the Assembly of First Nations, other chiefs and other groups are arguing over strategies, attitudes and structures. But this is not necessarily a weakness. It can also be seen as strength. Differences of opinion and strategy are normal in communities growing in self-confidence and power.

As a whole, Canadians have not yet woken up to this reality. Worse still, our governments, bureaucracies and most of the legal community are still lost in denial of the aboriginal reality. They go on fighting every detail of every negotiation in order to slow down this return in force. There is still no willingness to admit that Ottawa funds far less for the education of each First Nations child than the provincial governments fund for each non-aboriginal child. Officials at all levels are still ducking and weaving over the lack of clean water and housing, inadequate sewage systems, malnutrition, child poverty and other poor reserve services. They continue to hide behind numbers and narrow arguments.

This reinvention begins with all of us, including our governments, assuming full and active responsibility for the wrongs of the past and the continuing destructive or ineffective policies. But it is of equal importance that we embrace the central role of indigenous peoples in our history, present and future.

Are these two elements not contradictory? Absolutely. But the real world is full of contradictions and complexities.

The simple truth is that we are all witnesses to the remarkable comeback of the aboriginal peoples. This will mean fundamental shifts in power, in financing and in how we all live together. We can pretend this is not happening; we can manoeuvre in order to delay it. But it is going to happen. We have everything to gain and nothing to lose by embracing this comeback as living proof of the strength of these cultures and peoples. We are witnessing how central they are to the future of this country.

Shawn A-in-chut Atleo will deliver the Institute for Canadian Citizenship's 11th LaFontaine-Baldwin lecture on Aug. 10 at the Stratford Festival's Avon Theatre. John Ralston Saul is the author of A Fair Country: Telling Truths about Canada. 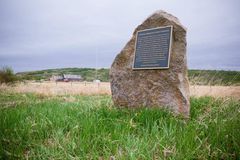 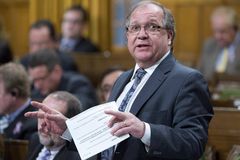