I went to university back in the golden age. Our classes were small and many of our professors were creative and enthusiastic. They even marked our papers themselves. There was lots of scope for what is now known as "engagement," which means that although we were undergraduates, some of them were happy to hang around with us drinking coffee, smoking dope and arguing about Blake and life.

No such luck today. Your kid will probably spend more time being taught by itinerant graduate students than by professors. Classes are held in giant amphitheatres, with multiple-choice tests instead of essay questions. Bull sessions with the prof? Not with 400 students in the course. Not surprisingly, student engagement is at an all-time low, according to numerous surveys.

Meantime, the dropout rate is at an all-time high. At the University of Manitoba, about 30 per cent of all students drop out in their first year. Only 56 per cent finish their degrees within six years. That's not unusual. Universities are rewarded for getting bums in seats, not for educating and graduating them.

"My colleagues do everything they can to get out of teaching," says Rod Clifton, who works in the faculty of education at the University of Manitoba. "They'd rather not have the students around, because they'd rather do research and stand around and sip sherry."

Canadian universities now have about 800,000 undergraduates. But as enrolment soared, teaching loads - with the help of strong faculty unions - went down. In Mr. Clifton's department, for example, the teaching load is six hours a week for one semester of 13 weeks, and nine hours a week for another 13 weeks. That adds up to 195 hours spread over just 26 weeks a year - less, if someone has administrative duties. Of course there's prep time and marking and so on. But it's still not much.

Mr. Clifton's proposition is that universities are unaccountable for results, if, by results, you mean successfully educating students. That is because they are run for the benefit of professors. In the reward system of universities, it's research, not teaching, that matters. Professors are rewarded not for turning out high-quality graduates, but for turning out books and papers - even if they are unread. This perverse system stubbornly persists, despite the fact that everyone knows it's absurd.

Of course some research, especially in the sciences and medicine, matters a great deal to the advancement of society. But a vast amount of it - especially in the humanities and social sciences - does not. Richard Vedder, a leading U.S. critic, has argued that the higher education system has pawned off the responsibility of educating students "in favour of pursuing a whole lot of self-interested research (which the majority of undergraduates are not involved in) that for the most part, doesn't matter."

Take my old stomping ground, English Lit. When last I looked, nobody was clamouring for another book on Moby-Dick . Yet as demand goes down, supply goes up. Over the past five decades, the "productivity" of scholars in the fields of languages and literature has increased from approximately 13,000 publications to 72,000 a year. Who reads them? For the most part, hardly anyone. "The system has reached absurd proportions," writes Mark Bauerlein, a professor of English at Emory University. "Productivity demands in language and literary studies levy a grave cost on higher education. Students need mentoring, and when they don't get it, many drift away permanently."

Last winter, when the teaching assistants went on strike at York University, the public was outraged - but for the wrong reasons. The real outrage was not that a tiny band of strikers could shut down the university for weeks, but that so many professors spend so little time in class. Their job is now done by an itinerant class of ill-paid academic serfs, who cobble together a living teaching sessional courses as they strive to churn out yet another scholarly article that might help them land a steady job.

You can bet they don't have time for mentoring. They have a miserable life. But the full professors whom they subsidize have a very pleasant life. They can make $125,000 a year, with a good pension and six months off each year to do as they please. Their duties include sharing their research at conferences in Italy or Mexico, whose popularity hasn't waned despite the advent of the Internet. Meantime, what many of their students need most is remedial instruction in basic composition. But there's no future in that.

The University of Manitoba, Prof. Clifton's employer, has 27,000 students and an operating budget of $460-million. You would think that as a large, second-tier, regional institution, its primary job is to deliver a decent postsecondary education to the masses. Yet it, too, is extraordinarily devoted to research. Its professors typically devote only 40 per cent of their time to teaching. And the effectiveness, efficiency and productivity of that teaching are almost an afterthought. "I've been teaching for 35 years," he says, "and not once has my department head or any other administrator come in and watched me teach. I've never heard of anyone being fired for teaching badly."

Prof. Clifton believes funding and incentives need to change so that departments are rewarded for graduating students efficiently and fast. As it is, he does not believe that shovelling more money at universities will result in more students graduating with degrees.

Richard Vedder emphatically agrees. He argues that we should spend less time worrying about university access for all, and more time on the "scandal" of the billions we waste on unsuccessful efforts to educate students who fail to graduate. "The focus of higher education reform should be on increasing the quality of our college graduates," he writes. And that will never happen until students count for more than articles in unread quarterlies. 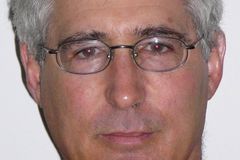