Today marks 140 days since British Columbia declared drug-related overdoses to be a public-health emergency. This year in B.C., approximately 61 people have died of an overdose every month. The province warned that without taking additional steps to combat overdoses, B.C. could see 600 to 800 overdose deaths in 2016.

New drug-use and overdose data from the city of Victoria, released Wednesday on International Overdose Awareness Day by researchers with the University of Victoria's Centre for Addictions Research of BC (CARBC), provide evidence of the inadequacy of government responses to this emergency.

The data also demonstrate the urgent need for a comprehensive harm-reduction plan that includes supervised drug-consumption services in Victoria and other cities across Canada in order to curb overdose deaths.

Victoria police call data from 2011-15 show that overdose-related calls have more than doubled in 2015 from previous years. These calls originated primarily from health and social service agency locations. Notably, there is a high frequency of overdose events at shelters in which staff are calling 911 for assistance in responding to overdoses.

The failure to fully implement harm-reduction services in Victoria, combined with increasing homelessness and the presence of fentanyl, are producing risk environments in the very locations that seek to help and keep people safe.

Forty-three per cent of those surveyed reported using washrooms in local non-governmental organizations as a site to consume drugs in the past year. Reported use in local agency washrooms doubled (28 per cent to 58 per cent between the first wave of data collection in 2015 – January to March – and the second wave – July to August).

Homeless shelters are at the forefront of the illicit-drug-overdose crisis and are experiencing unprecedented levels of overdose incidents in their washrooms and the surrounding areas. Shelter staff are responding to overdose events at an alarming rate and the administration of naloxone is becoming standard practice for many agency staff.

Social service agencies and their staff are, in many cases, first responders to the public-health emergency and are helping to reduce fatal overdose events in Victoria.

The perceived sense of increased safety from using substances in agency washrooms is disconcerting, as any substance use (especially opioid use) consumed alone in a washroom can increase risk of overdose and disease transmission becauswe of a lack of clean and safe spaces for use. While staff at some social service agencies in Victoria conduct safety checks to ensure that clients are not experiencing overdose reactions, this is not common practice at all agencies.

Naloxone does not prevent overdoses. It is administered after an overdose has occurred to reverse it. In light of these findings, it's not good enough to promote naloxone as the principal solution to overdoses. This is clearly an insufficient response to the crisis.

What is needed is a more comprehensive approach. This should include supervised consumption as well as increased access to treatment and opiate-substitution therapy. There is a wealth of evidence that supports the effectiveness of supervised consumption services in preventing overdoses, preventing the transmission of blood-borne disease and increasing access to referrals to treatment and opiate substation therapy.

To delay the implementation of supervised consumption services, despite the widespread reports of washrooms in social service agencies being used as unofficial and unsupervised injection sites, is to ignore the evidence and is potentially increasing trauma to service providers who are bearing the brunt of providing emergency overdose responses.

To avoid putting the lives of people injecting drugs at even greater risk, it is necessary to implement the B.C. Overdose Response Strategy recommendations and people who use drugs need to be meaningfully engaged in this process. This is a life-saving emergency measure and a critical first step in a more sustained and far-reaching response to the underlying conditions that contributed to this overdose epidemic in the first place.

Dr. Bruce Wallace and Dr. Bernie Pauly are researchers at the Centre for Addictions Research of BC (CARBC) and faculty members at the University of Victoria. 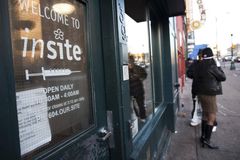 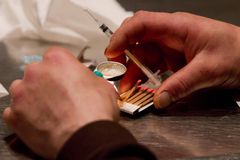 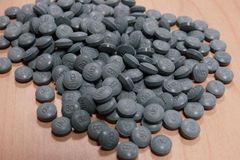