Waubageshig is a member of the Georgina Island First Nation in Ontario and has worked for the Cree School Board in northern Quebec, the Mi'kmaq Education Authority in Nova Scotia and Aboriginal and Northern Development Canada in Ottawa. He also helped to found the first Indigenous Studies department at Trent University, Peterborough.

Educating indigenous youth involves enormous challenges, no less so today than 150 years ago when missionaries intent on Christianizing and civilizing tribal youths complained of their prolonged absences from mission schools because of seasonal hunting and gathering economies. While governments and educators struggle to understand why indigenous youth fail to achieve education outcomes comparable to the rest of the country despite the billion dollars that goes into First Nations education annually, scant attention is paid to a sector of indigenous youth for whom a formal education is nothing more than a mirage.

Like Tina Fontaine, the teenage girl murdered in Winnipeg, too many indigenous youth grow up in socially damaged and dysfunctional homes where hope for a better future doesn't exist. This broken system exists in many indigenous communities, not all but too many, and particularly in remote and geographically isolated regions. There, family and social violence, drug and alcohol abuse, sexual abuse, unsafe living conditions, boil water restrictions, and overcrowding are the sorry conditions that many indigenous youth from one generation to the next experience in Canada every day.

Calls for more housing for all First Nation communities, not just remote ones, have been part of the national conversation between Ottawa and First Nation leaders for more than three decades, as have requests for clean water. Little headway has been made. More money for programs to deal with family violence and drug and alcohol abuse, while useful, will not quickly resolve these difficult conditions and it's apparent that more money, especially federal money, in these areas will not materialize soon.

Relocating isolated communities to more southern sites without addressing the existing social issues is only a recipe for prolonged, and arguably even greater, misery for residents than they now experience. Unleashing a twenty-first-century version of the Peace Corps or the Company of Young Canadians to work with impoverished and dysfunctional families in isolated communities has some romantic appeal but offers little in the way of a meaningful solution.

The federal policy to educate indigenous youth initially in their home communities by means of the provincial curriculum and then sending them to provincial high schools off reserve isn't working. Their chronically high absenteeism rates in both on-reserve on off-reserve schools indicate they don't want to be there – even though schools on reserve offer them a temporary safe haven from the domestic overcrowding and the threat of physical and sexual abuse for at least six to seven hours daily.

Youth and children can't learn in these schools if they return daily to homes where nutritious food, potable water, love, and protection from physical and psychological harm are in short supply or non-existent. Girls are extremely vulnerable to a toxic mix of threats, fears, and outright sexual abuse. Opting for the mean streets of urban Canada or suicide, as many do, reveals what extremes they will take to escape that vulnerability. They need healthy living conditions with sound nutrition, an absence of fear, an appropriate living space, and above all, daily care and support to help them achieve.

To educate them successfully requires their removal from unsafe and dysfunctional environments and accommodating them in boarding schools where the provincial curriculum combines cultural content with literacy and numeracy. Schools where teachers and staff are trained rigorously to support and care for students.

Residential schools for indigenous youth are a sorry and tragic chapter in Canada's history. The fallout from this failed experiment still haunts us today and will likely continue to do so for some time. But the model of an indigenous boarding school where students are taught and cared for by selected teachers and staff unlike the residential schools of the past, where the curriculum focuses on academic learning that is in part defined by tribal values and traditions, where they can learn, play and mature in a safe and supportive environment – this should not be dismissed out of hand simply because of the errors and mistakes of the past. To nurture healthy and educated youth there is no substitute for a stable, safe home and community environment, but where the future offers little or no hope for either, then for the sake of the children, the other potential Tina Fontaines, this model should be considered as a potential option.

The early residential schools were horribly inept. They were created for the wrong reasons, they were administered and taught by the wrong people, and, worst of all, they did not protect students. Today we can locate new boarding facilities in existing communities, give students the choice to return home regularly, provide an academic as well as a cultural curriculum, and staff them with rigorously screened teachers and staff.

That's just an overview. Serious consideration of the model will need to address many questions – basic ones such as: At what age would children enter the schools? How many students per school? How would the host communities be selected? Would they include a summer school? How would each school be evaluated and by whom?

The biggest obstacle this model faces is its undeniable parallels to the original residential school experiment. But we learn from the past and as painful and destructive as residential schools were, if society and governments can't support indigenous children and youth to grow up and be educated in safe, healthy, and caring environments, offering indigenous boarding schools where those environments are a core objective should be a topic of a nation-wide discussion. It should be thoughtfully and fully examined if we seek a positive and enduring response to the tragedy that Tina Fontaine represents. 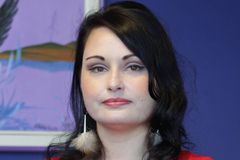 Opinion
Janet Smylie: Put an end to racism in the ER
February 11, 2015