Some of the world's pre-eminent medical professionals, public health experts and scientists have been meeting in Vancouver this week at the 2015 International AIDS Society's biennial conference. More than 6,000 delegates have been discussing the latest scientific developments in HIV science and how to put them into practice to combat the disease. In the medical and scientific communities, this conference is big news. For the general public, however, it hardly makes a ripple.

Why is this particular conference, which ends Wednesday, so significant? Because the world is facing a historic opportunity to end the AIDS epidemic by 2030. We have the knowledge and resources to achieve this. As a global community, the choices we make over the next five years will determine the fates of millions of people.

The introduction of antiretroviral treatment almost 20 years ago drastically changed the course of the AIDS epidemic. Between 2001 and 2013, the number of new HIV infections decreased by more than a third, and AIDS-related deaths have similarly decreased, to about 1.5 million a year.

With increasing numbers of people receiving HIV treatment and a declining mortality rate, we have turned a corner on the epidemic. AIDS is no longer front-page news. Many people now consider it to be just another chronic illness.

However, this is not the moment to let our guard down. Rather, there is an urgent need for the global community to accelerate efforts to fight the human immunodeficiency virus.

This argument was made last month in a powerful new report by a commission convened by UNAIDS – the Joint United Nations Programme on HIV/AIDS – and the world's top medical journal, the Lancet. The report concludes that we can end AIDS as a public health threat within the next 15 years – if we play our cards right.

Its optimism stems from a "treatment as prevention" strategy being used successfully to treat HIV and reduce infection rates. When HIV-positive patients are put on ARV treatment immediately after diagnosis, the treatment not only stops the progression of the disease, it also suppresses the virus, preventing transmission.

The UNAIDS-Lancet report recognizes that we only have a five-year window of opportunity to achieve the 90-90-90 goals – or risk reversing the gains made in reducing new infections and AIDS-related deaths.

The vast majority of people living with HIV are from low- and middle-income countries, but only about a third of them have access to medications. Right now the rollout of HIV treatment is too slow. Given current population growth rates, staying the course is tantamount to going backward. More people will get infected, more will die and the costs of dealing with AIDS will accelerate.

We must seize this opportunity to rapidly scale up HIV treatment programs and address the glaring inequities in access to health care between the global North and South.

Ramping up access to HIV treatment to achieve the 90-90-90 goals will require increased investment. Current global levels of funding – $19-billion annually – are not enough. The international community must increase its spending to $36-billion annually to meet these targets. The UNAIDS-Lancet report calls on affected countries with the financial capacity to invest in their AIDS response, but also recognizes that the need is still great among low-income countries, particularly in sub-Saharan Africa.

Canada has touted its $3.5-billion pledge to improve the health of mothers, newborns and children around the world, but tackling HIV and AIDS are seemingly absent from this promise.Our commitment to the Global Fund to Fight AIDS, Tuberculosis and Malaria is a mere $650-million for the 2014-2016 period. This level of financing will simply not deliver an end to AIDS.

The scientific and medical experts meeting in Vancouver have done their part in showing us how to achieve what might be the most significant public health victory of our generation.

We now call on the Canadian government to do its part and commit to funding the solutions that will bring this dark chapter in the world's history to a close. 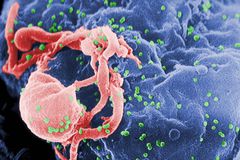 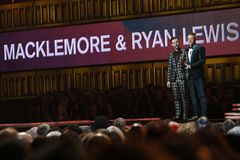