Damning revelations about Ottawa's handling of the controversial $15-billion arms deal with human-rights pariah Saudi Arabia have confirmed that the Liberal government authorized the bulk of this contract even after having repeatedly claimed that it had already been approved by the previous government.

Both the Harper Conservatives and the Trudeau Liberals have argued that failing to fulfill the deal would damage Canada's international reputation. But it is the reputation cost of actually fulfilling this dubious contract that all Canadians should be most concerned about.

Any Canadian attempt to speak out on international efforts to protect human rights will soon be met with skepticism and disdain. One can almost hear it: "Ha! … Says the country that is arming one of the most repressive regimes on Earth."

Canada takes public pride in valuing the protection of human rights and in maintaining stringent military export controls. But its voice in the arena of human rights will be utterly diminished, if not silenced, as Ottawa ploughs ahead with the implementation of this deal. And it could take decades to repair the damage.

Did Ottawa adequately consider the high cost of this diplomatic handicap?

The Canadian government has argued that if Canada does not sell weapons to Saudi Arabia, someone else will. Not surprisingly, the ethical flaws in this argument have been noted by a growing number of observers. Former UN High Commissioner for Human Rights and former Supreme Court of Canada Justice Louise Arbour dryly noted, "This argument that if we don't do it somebody else will do it I find, frankly, the least convincing. It is not infused with moral, ethical values."

Saudi Arabia's record clearly shows that it cannot satisfy human-rights safeguards that require that "no reasonable risk" exists that Canadian-made military goods will be used against civilians. Thus export permits should not have been issued, and the deal should not proceed. Yet proceed it will.

A necessary implication of Ottawa's approval of the export permits is that it sees no reasonable risk in shipping military equipment to a regime notorious for violating the human rights of its citizens (and, of late, citizens of neighbouring countries). If it intends to stand by this position, the Canadian public deserves to know – in detail – how this determination was reached.

Canada's concerns about its ability to conduct business internationally had Saudi Arabia been deemed ineligible to receive military exports cannot be reasonably justified. The argument that an arms deal cannot proceed because it has not met domestic export controls is surely compelling. Which prospective trading partner would find it unreasonable for Canada to make export authorizations contingent upon full compliance with domestic regulations?

Strict adherence to export controls should not only be the norm when selling military goods, but should be seen as a badge of honour.

There are still options to review the deal, at least in theory. If, going forward¸ the government acknowledges the existence of a reasonable risk, even after having granted export permits, then every effort must be made to revisit the decision to authorize it. That much has been conceded by Global Affairs Canada, which acknowledged in January that the department could consider suspending or cancelling existing permits, should relevant reports emerge. Given Saudi Arabia's worsening human-rights record, such reports are likely to emerge regularly.

In a peculiar twist, the Conservatives are now chastising Trudeau's Liberals for their intention to fulfill the deal and for the secrecy surrounding its authorization. Conservative foreign affairs critic Tony Clement even suggested that the deal be scrapped, pointing to changing "realities on the ground" in regards to the Saudi involvement with the ongoing conflict in Yemen.

A cat can only be skinned so many ways, and Ottawa clearly exhausted its attempts to rationalize the Saudi arms deal. But it still had the audacity to grant the requisite permits. Even so, questions about the compatibility of the Saudi arms deal with existing export controls can and should continue to be raised, as they remain essentially unanswered.

The credibility of Canada's voice on human rights has taken a big hit. And if Ottawa still refuses to acknowledge the flagrant inconsistencies in its position, it might at least want to drop the line about Canada's export controls being "some of the strongest in the world." 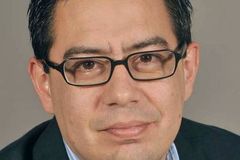 Opinion
Arms sale to Saudi Arabia lowers the bar on export controls
May 27, 2015 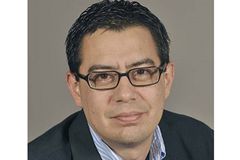