A little over a year ago, Prime Minister Stephen Harper returned from a trip to China with a promise of two pandas and an offer of free-trade talks with the world's fastest-growing economy.

The pandas are now eating bamboo in a Toronto zoo, but the free-trade idea has been lowered into the ground.

Nothing stays the same for long between Mr. Harper's government and China. The early years of the Prime Minister's tenure were marked by finger-wagging denunciation of China's human-rights record, visits by the Dalai Lama, a frostiness toward China in international affairs and a refusal to attend the opening ceremonies of the 2008 Olympic Games in Beijing.

This unsophisticated behaviour gradually yielded to the reality that something more rounded was required. Out went the finger-wagging; in came engagement on trade and energy, less attention to human-rights cases and more frequent ministerial visits. In, too, came declarations aimed at U.S. policy-makers that if Canadian bitumen oil couldn't make it through the United States then Asians (read: China) would take it – a declaration now made to sound rather silly by the troubles besetting pipelines in British Columbia.

Mr. Harper's 2012 trip went off well, pandas and friendly speeches and all. It followed a 2011 trip by Foreign Minister John Baird, who rather astonishingly declared China to be a "friend and ally" with which Canada enjoyed a "strategic partnership." This hyperbole – Canada and China are not allies and have never enjoyed a "strategic partnership" – was dismissed as puffery from a minister known for periodic rhetorical excesses. Still, it signalled a significant warming in relations.

Mr. Baird is back in China this week as part of an extended Asian tour, but the optimism of 2011 and 2012 has strangely faded.

When China made its free-trade offer, the Harper government responded cautiously, as was appropriate given the enormity of the task posed by such negotiations. First, both sides needed to complete a "complementarity review," a study examining whether their economies are compatible for free trade. That was completed more than six months ago, signalling that yes, there were promising grounds for negotiations. Since then, nothing.

Ottawa has so many trade negotiations under way – with the European Union, the Trans-Pacific Partnership, India and Japan – that it lacks the capacity to undertake anything as ambitious as negotiations with China. Similarly, the Conservative caucus and even some ministers are decidedly lukewarm about China. And public opinion, according to the Pew Center and surveys done for the Asia-Pacific Foundation, is ambivalent.

The ambivalence, coupled with serious skepticism in the Conservative "base," has suffocated interest in the Chinese offer.

The same attitudes are behind the Harper government's refusal to ratify an investment protection protocol it had sought with China. Beijing has okayed the protocol, but Ottawa has not. No plausible explanation has been offered, except that the Hupacasath First Nation has launched a legal challenge arguing that it and other Indian groups should have been consulted.

This argument is specious, since the obligation to "consult" as defined by the Supreme Court applies only to possible infringement on physical territory claimed by an aboriginal group. It has nothing to do with international agreements codifying procedures and rules. To rely on this case illustrates a desire to hide the real reason for delay.

Finally, there was the Prime Minister's decision to allow CNOOC Ltd., a state-owned Chinese oil company, to take over Nexen Inc. of Calgary, while outlining tougher rules governing future takeovers by state-owned enterprises. These regulations, although not specifically directed at China, could nonetheless be read in Beijing as unfriendly, since they make takeovers more difficult.

So beyond the pandas and the loose talk of "strategic partnership," not much out of the ordinary has been happening between China and Canada. The Harper government isn't keen on free-trade talks, hasn't passed the investment protection agreement it sought and has imposed new rules for SOE takeovers.

Mr. Baird will shake hands and smile a lot in China. He does this very well. 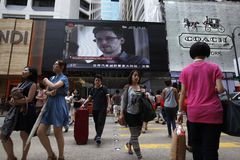 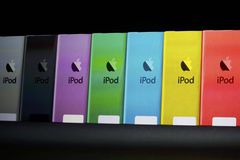