In 1956, Soviet leader Nikita Khrushchev threatened the West. "We will bury you," he declared.

The capitalist system would self-destruct of its own contradictions, but, to move things along, the USSR would encourage "national liberation" movements, supply arms to anti-colonial insurgents, play footsie with "terrorists" and, of course, build up a huge nuclear arsenal with which to threaten Western countries. It would also crush dissent in Poland, Hungary and Czechoslovakia.

The Cold War remained cold for a long time after Mr. Khrushchev's burial pronouncement. The Soviets were the West's enemy, and Canada was anchored in the Western alliance. We stationed troops in Europe, developed an Arctic detection and intercept capability, and generally considered the Soviets hostile to the world we wanted.

Yet, Canada always maintained an embassy in Moscow. We staffed it for 16 years with an ambassador, Robert Ford, who translated Russian poetry, knew the Soviet leaders as well as any Westerner and became the dean of the Western diplomatic corps. He was to Canada what George F. Kennan was to the United States: the indispensable man on the USSR.

Why did Canada, whose country had nuclear weapons aimed at it by the Soviets, keep an embassy there? Surely, it wasn't in the vain hope that Mr. Ford and his team would cause the Politburo to change how it saw the world. No, it remained open, despite overwhelming differences between the Soviet Union and Canada, to gather information, better understand (insofar as was possible) what was happening inside the government and country and, therefore, to offer information to Ottawa about how best to respond to Soviet developments in the furtherance of Canada's interests. The embassy was there, in short, to do diplomacy.

In 1970, the Trudeau government established diplomatic relations with "Red" or "Communist" China, something most other Western countries hadn't done, although the Diefenbaker government had authorized shipments of Canadian wheat to China at least a decade earlier.

When the embassy did open, Mao's China was raining daily rhetorical thunderbolts on the West. It fought wars of varying intensity with the Soviet Union and India, and in Korea. It was pledged to overturn the world order.

Yet, Canada opened an embassy there, despite the rhetorical enmity of Mao's China and the bloody regime that had led to the deaths of tens of millions of Chinese people. Canada established diplomatic relations, with personnel on the ground for the same reason Canada had kept an embassy in hostile Moscow: to listen, learn, interact, inform and, if necessary, protect Canadians. Again, no one was under any illusions that Canada would "influence" Maoist China to adopt Western values or institutions.

The Soviet Union and China were "enemies" of Canada and appeared to threaten the world order Canada preferred. But we kept embassies there, and we tried to improve our understanding of what was going on in complicated, hostile, places, because that's a cardinal reason for practising diplomacy. Canadian governments always understood in these, and many other, instances (such as Cuba or South Africa) that diplomatic relations didn't mean agreement, let alone concurrence, in the domestic or international practices of other countries.

Which brings us to Iran, and the Harper government's sudden decision to throw out Iranian diplomats and shutter Canada's embassy in Tehran. Iran is an exceptionally complicated country with many factions and diverse political opinions below the surface and sometimes on the streets, as witnessed when two million people demonstrated in 2009 against a fraudulent electoral result. Its political system is almost as complicated as the U.S. one; its theocratic leadership is mysterious; and the inferiority complexes of Shia Islam produces what one observer correctly calls a "lachrymose intransigence."

Iran is a hard country to fathom, with a government whose foreign policy is objectionable, even potentially menacing. It's also a country that can't be ignored and needs to be analyzed as correctly and as independently as possible – work more easily done from Tehran than from Ottawa. That is, unless you have a government that doesn't wish to analyze grainy reality but to shun the real work of diplomacy and stand on the shaky certitudes of ideology. 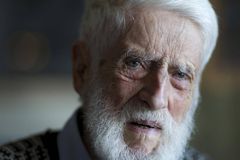 Opinion
Obama’s reaction to Benghazi will be muted
September 13, 2012 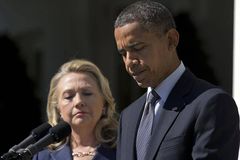