Bethany Hastie is a lecturer at the Peter A. Allard School of Law at UBC

Although the human-trafficking label may be valued as a way to galvanize public attention, it comes with significant challenges in concretely responding to the issues it seeks to address. Like many countries, Canada has primarily responded to the issue of human trafficking through criminal-justice measures. This is problematic for several reasons. It allocates full responsibility to individual criminals, while ignoring the significance of the larger social and systemic issues at play. This approach also neglects the voices of the individuals it seeks to protect. The way in which human trafficking is invoked often reduces its subject, or victim, to an object-like status: She is too helpless to speak for herself; she must be spoken for. This perception can do significant harm to the affected individual, robbing her of dignity and a voice. The resulting narrow focus of the criminal-justice approach to human trafficking effectively minimizes space for critical discourse about its value and effectiveness as a legal or policy framework. The focus on criminal-justice measures also minimizes space for considering more pro-active or preventative measures that might reduce the occurrence of exploitative situations.

Discussions about human trafficking often signal the need to address the root causes that enable exploitation. Yet, the reality of the underlying issues that create vulnerability to exploitation is far more complex than the criminal-justice approach acknowledges. As a result, the current approach fails to meaningfully engage with root causes and measures to improve them.

In Canada, anti-trafficking discourse similarly signals the need to bring greater attention to addressing root causes; a message that is heightened when conversations about "domestic sex trafficking" intersect with the issue of exploitation of indigenous women and girls.

Indigenous women and girls are often reported as disproportionately represented in the sex trade. Commonly cited root causes for this over-representation include the legacy of residential schools, poverty, addiction, domestic violence, and the lack of housing and social services on reserve. Violence and exploitation for indigenous women in the sex trade is not just the result of individual criminals. It is the result of systemic neglect and harm, and addressing these systemic issues should be the primary aim of response measures. Focusing greater attention on the underlying issues facing indigenous women, and on what meaningful alternatives look like, would go much further than the current criminal-justice approach to human trafficking is capable of.

Listening to the voices of indigenous women is perhaps the most important step in this direction. The inquiry promised by the Trudeau government on missing and murdered indigenous women presents a concrete opportunity to bring many important issues to the table. How that discussion is framed, and whose voices are heard, will significantly impact the outcomes of the inquiry.

Current approaches to addressing human trafficking create little space to hear the voices of those most affected. Yet, hearing the voices of persons affected might be the most important factor in making progress on this issue. If the ultimate goal of anti-trafficking policy is to eradicate exploitative situations and to improve the root causes that give rise to them, the conversation should concentrate on understanding those root causes with the people who experience them. The trafficking label does little to advance this kind of conversation in a sustained and meaningful way.

The Trafficked: Ottawa needs to put an end to an inhuman practice
February 11, 2016 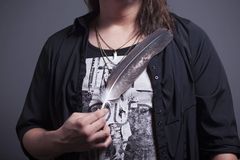