When you win a Nobel Prize, you are feted at a spectacular banquet in Stockholm with the King of Sweden. When you win a Canada Gairdner Award, you have to sing for your supper.

Despite this disparity, it's no coincidence that, in the past 50 years, 78 Gairdner awardees have gone on to win the Nobel Prize for medicine (including Ralph Steinman, who died from pancreatic cancer last month just days before his Nobel was announced). The Gairdners have grown from a highly regarded academic award hardly recognized outside the world of medical research to Canada's most prestigious international prize and one of the premier awards in science.

One reason for this is that all the Gairdner awardees tour the country speaking to university and high-school audiences about their latest discoveries before gathering in Toronto for three days of symposiums and the awards presentation (the latest took place on Oct. 27).

In all, the seven 2011 Gairdner awardees spoke in 20 cities in nine provinces. Whether they unveiled their latest work at Laval, Université du Québec, McGill, Carleton and the University of Ottawa, as Jules Hoffmann of France did, or Memorial University in St. John's and Dalhousie in Halifax, as Michael Hayden of Vancouver did, the reaction was always the same: intense probing by the audience, whether they're post-doctorate fellows or Grade 11 students, and enormous gratification from the Gairdner awardees themselves. It's all about building science culture in Canada.

Grafting a national program onto an international prize demonstrates something the world often forgets about scientists – how deeply they care about mentoring a new generation of researchers. After all, medical research is a field filled with frustration, dead ends and false hope. But as 2002 Gairdner recipient Craig Venter (whose team was the first to map the human genome) said: "If you're a physician or a surgeon, you have the chance to save the lives of, at most, a few hundred people. If you're a medical researcher, you have the chance to save millions."

So when a scientist, after years of study, followed by many more of painstaking experimentation often involving turning conventional wisdom on its ear, does make a breakthrough, it's worth celebrating.

Two of the 2011 Gairdner winners, Aharon Razin and Howard Cedar of Hebrew University in Jerusalem, described how they discovered that methyl groups on our DNA can silence certain genes so they're inactive. These groups enable the language of DNA to be annotated and marked by chemical modification called DNA methylation. This marking tells the genetic information in each cell of the body which information should be read and which should be ignored. This new level of language also turns out to have tremendous significance for understanding many kinds of cancer and advancing new stem therapies.

Adrian Bird of the University of Edinburgh elaborated their concept by finding islands of unmethylated regions that can produce devastating illnesses, such as the neurological disease Rett syndrome. As he said: "We've created an animal model and showed that if you put a certain protein back in mice that imitate the human condition, after they become sick, they get better again. It was a result no one expected, because it was assumed that if you get sick with a genetic brain disease, it's irrevocable. So that creates the possibility one would be able to generate a therapy for this disease."

This is incredibly exciting news – and humbling for its discoverers as well. Dr. Cedar always speaks of approaching his work with a sense of humility and being sacred to the truth when doing scientific research.

But while scientists will always do well to be humble before the truth, scientific research as a profession needs to be much less humble – particularly in Canada – where our economic growth will come more and more from innovation brought about by basic research and new ideas.

John Dirks is president and scientific director of the Toronto-based Gairdner Foundation.

Opinion
Can Ottawa spark innovation? It hasn't yet
February 1, 2012
Opinion
Why our scientific discoveries need to surprise us
October 1, 2011 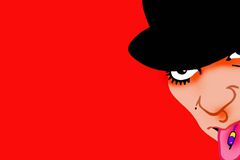