Kristen Thomasen is currently working on her doctorate on the regulation of domestic drones at the University of Ottawa's Centre for Technology, Law and Society.

In the early hours of Jan. 26, a drone crash-landed on the lawn of the White House in Washington. It was a small quad-copter weighing less than a couple of pounds – a favourite amongst recreational hobbyists. No one was injured in the incident. But the response to this little drone has been enormous.

As more details of the crash were released, it became clear that this was hardly a co-ordinated attack on White House security. It turns out that the drone was flown by an intoxicated off-duty government employee from a nearby apartment. He lost control of it, accidentally crashing it on White House grounds.

On first blush, this was the robotic equivalent of losing a baseball over the neighbour's fence (albeit, more fortified than most fences). But the initial White House reaction and the international attention to this incident are unsurprising. Drones have recently made the news for, among other things: peering into apartment windows; spying on nuclear facilities; transporting methamphetamines; and coming close to wreaking havoc on commercial flights. This incident, while itself nonthreatening, reminds us of the many possible scenarios that drones can inspire. The drone that landed on the White House lawn was unarmed and was not equipped with a video camera or, God forbid, explosive devices. But it could have been. Such possibilities have prompted the question – how should we regulate domestic drones?

In his CNN interview, Mr. Obama called for a legal architecture. Not an outright ban on drones but, instead, rules that will harness the many empowering uses of drones while ensuring safety and privacy.

Although there has been little discussion of it, a legal architecture is needed in Canada too.

So far, drone laws in North America focus on protecting public safety through outright bans of commercial drones in the United States, to a set of safety requirements in Canada. Canada is more permissive than our neighbours to the south in terms of our drone laws. Recreational and small commercial drones (those used for research or business) can generally be flown here without prior permission from the government, or with a permit in certain cases. In either case, pilots must meet and follow a set of conditions designed to ensure public safety. One such condition prohibits flying while inebriated.

But incidents like the White House crash reaffirm the need for a comprehensive drone policy – one that deals with more than just safety. Although it is illegal to fly over 24 Sussex – just like it is illegal to fly over the White House – existing rules such as these cannot prevent a drunken mishap. Nor could they stop someone determined to flout them. Nor do they address the commercial, liability or privacy challenges raised by drones.

Some observers have pointed out that we still drive cars, despite the frequency of drunk driving accidents. But cars are subject to a considerably more comprehensive regulatory framework than drones. We regulate what drivers can do (sobriety, speed limits, direction of travel, etc.), the automobile environment (road conditions, signage), the skill of the driver (licencing), and the design of the car. Design rules, ranging from seatbelt and airbag requirements to rules guiding the outer shaping of the vehicle, work to protect passengers and pedestrians even when cars are used inappropriately.

Drone rules could do the same. Licencing requirements can ensure skilled pilots, performance standards requirements can ensure properly built drones, flying parameters will help manage air traffic and protect the serenity of certain public spaces, and criminal laws can prohibit and punish for the more nefarious surveillance or armed uses of drones. And perhaps more significantly, through collaboration with innovators, governments might be able to control the ability of drones to carry certain objects, transmit personal information, verify their owners' identities, or fly in certain locations, by design. Laws that set out design requirements, like the ones we use for cars, can help mitigate the harms caused by drones without relying on users to fly them correctly.

Rules for drone design and operation are only pieces of a larger, more comprehensive set of requirements. Federal and provincial governments need to start thinking about Canada's regulatory architecture now, before we're dealing with more than a relatively benign drunk-droning accident. 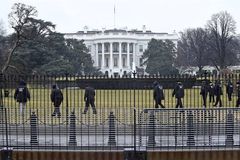