Debra Soh writes about the science of human sexuality and is a columnist for Playboy.com.

On Wednesday, Playboy magazine founder Hugh Hefner passed away from natural causes at the Playboy Mansion where he resided. He was 91 years old. His reputation always preceded him – and continues to do so, even in death.

Some have lauded Mr. Hefner as a cultural hero after launching a sexual revolution that challenged repressive social mores. Others, however, have been less than contrite, shall we say, in their choice of words.

But before I get to the criticisms, let me offer some context to the current dialogue.

Nearly 64 years ago, Playboy magazine launched its first issue, which featured Marilyn Monroe on its cover. For the first time ever, sex was seen as part of a sophisticated lifestyle, something to be celebrated instead of hidden in shame. Mr. Hefner shone a light on taboo subjects, including premarital sex and the separation of church and state.

At its peak in the early 1970s, the magazine sold seven million copies a month and its bunny logo remains one of the most iconic and recognizable images in the world.

In 2016, Playboy removed nudity from its pages, but it was reinstated earlier this year. Its Playmates over the years have included Pamela Anderson, Farrah Fawcett and Jayne Mansfield. Always a step ahead of the times, in September, 1991, the magazine featured Caroline Tula Cossey, its first transgender model.

But never mind all of that when there's an opportunity to stick it to the man. Upon Mr. Hefner's passing, the trolls decided that now would be an appropriate time to crawl out of their holes in the ground – or in this case, peer down from their moral high horses – to point out all of the ways in which he had done women wrong.

According to some, he was a "disgusting old sleaze" who "profited from misogyny." And like any good vanguard today, Mr. Hefner has been compared to a Nazi.

I'm willing to bet his critics have never actually read anything he's written. If they had, they would know that Mr. Hefner was a staunch supporter of women's reproductive rights and the rights of sexual minorities. He was an amicus curiae in Roe v. Wade, a staunch pro-choice advocate, a supporter of women's access to birth control and marriage equality.

He was also a trailblazer in promoting sex positivity. In 2003, he told NPR "nice girls like sex, too. Sex is a natural part of life. Don't be ashamed of it."

Saying that he oppressed and exploited women is patronizing and infantilizing. Assuming that any woman who owns her sexuality, or engages in sex, has only done so at the behest of a man strips women of their agency. It is hypocritical and solidifies, once again, how those screaming the loudest about women's rights only really support the autonomy of women with whom they agree.

Similarly, accusing Mr. Hefner of enabling toxic masculinity does not help us achieve gender parity. It only adds to feelings of alienation and divisiveness between the sexes.

As a woman, I am proud to be a small part of the movement Mr. Hefner started. Since the very beginning, Playboy has drawn attention to the importance of scientifically studying sex in order for us to fully understand a crucial part of what it means to be human.

He emphasized the significance of sex education and sexology, asking, "Why should sex be the one area of human activity that we don't want to know about?" and funded studies by William Masters and Virginia Johnson (of Masters and Johnson) and the Kinsey Institute. To this day, Playboy.com it remains one of few – if not the only – mainstream media outlets to have a weekly column dedicated specifically to covering sex research.

Mr. Hefner's death will undoubtedly go down in history marked as a cultural moment, but the fact that it fostered such a polarized discussion is a true sign of the times. It offers insight on what it means to be a sexual human being in 2017, more than any real critique about Mr. Hefner or his legacy. 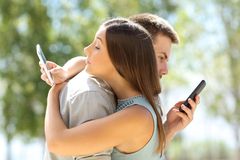 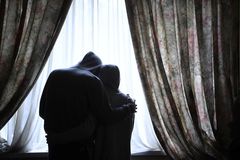 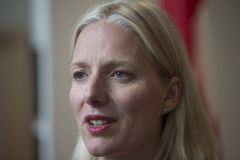