If you're a Canadian with a family physician, consider yourself lucky.

Except, that is, if your doctor is entering her 60s. Then your fortunes may soon change and you could be like hundreds of thousands of others living in this country who don't have a general practitioner to address their basic health concerns.

The dire state of primary-care medicine in Canada has been confirmed in a couple of recently released reports that portend a growing crisis when it comes to the physician landscape.

Both looked at the situation in British Columbia, where doctor shortages are particularly acute. (There are estimated to be more than 200,000 people without a GP in the province). But the findings could be equally applied across the country. Study results published this month in the Canadian Medical Association Journal indicate that the situation is only going to get worse.

One source of the problem is not unexpected: demographics.

About 40 per cent of doctors in B.C., for instance, are nearing that magical retirement age of 65. The study found that doctors begin reducing their workloads by about 10 per cent in the three years before they hit that age. But it also discovered that female physicians pack it in, on average, about four years earlier than their male counterparts.

Doctors in rural parts of the province, meantime, retire about two years earlier than their urban-dwelling colleagues.

Of course, this is happening at the same time as the overall population in the province (and country) is aging, with people's health-care needs increasing with every passing year.

Meantime, a study conducted by the University of B.C. and published last month in the journal Health Matters, found that while the number of doctors practising in B.C. has been increasing in recent years, patient visits have been declining. The reason? Many young doctors, an increasing number of them female, are simply working less than previous generations.

Work-life balance has become more important than jamming schedules with as many patients as possible, five days a week. Accumulating wealth is also less of a priority.

I can tell you from personal experience that it's an unsettling situation. My doctor of 22 years retired a couple of years ago. It took a year to find a new one. She was young, female and ideal in every way but she unexpectedly had to close her practice for personal reasons; and there are no doctors in the area taking on new patients.

This leaves as my first option going to the drop-in clinic at a Wal-Mart that just opened. I suspect what will happen is I will let health concerns that I once took to my family physician simply slide – as many Canadians are now doing.

I'm not sure what can be done. In 2013, B.C.'s Liberal government made a campaign promise to match everyone in the province with a GP by 2015. It eventually abandoned the pledge as unrealistic. When I recently spoke to B.C.'s new Health Minister, Adrian Dix, he didn't sound optimistic that the situation will improve any time soon.

He said part of the solution lies in moving to a more team-based care model, where work currently done by doctors is handled by nurse practitioners, physician assistants and others. Where previous generations of GPs have been resistant to this idea, he said, new doctors are receptive and less tied to old funding models.

Another problem that Metro Vancouver faces in attracting new doctors is the high cost of living, particularly real estate. I was told that one of the big impediments to luring a new doctor to my community is the insane cost of housing.

You don't realize how much a doctor means to you until you don't have one. In a perfect world, he is someone you entrust with some of your most private thoughts; she is someone who helps allay fears when your mind is racing for irrational reasons.

We seem to be preoccupied with waiting lists for joint surgeries, and yet don't treat the critical shortage of family physicians in Canada at the same level. It's at least part of the reason our emergency rooms are crammed with people who shouldn't be there.

Living in this country may soon come with a warning: Stay healthy or get ready to take a number.

Opinion
Prescription drug costs should be fair – not cheap
December 4, 2017 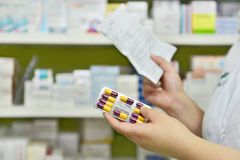 Opinion
Streptococcus outbreak in Canada is part of a larger story
November 28, 2017 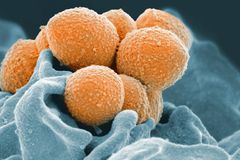 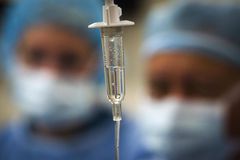