Freshman orientation week isn't what it used to be. These days, it's not just about learning your way around the campus. It's also about learning how to avoid giving unintentional offence. Not all the answers are obvious. For example, is it okay to sing along with music that uses the "n" word if you are white? No, it definitely is not! Nor is it okay for anyone to use the term "you guys" (sexist).

These warnings are included in a sensitivity-training course for freshpeople at Clark University, a Massachusetts liberal arts college. As The New York Times reports, the course focuses on the land mines of contemporary campus life – the microaggressions, microassaults, microinsults and microinvalidations that have the power to inflict pain and trauma on students, who need trigger warnings and safe spaces to shield them from hurt.

Such training sessions are now routine – even mandatory – at more and more universities. They're supposed to foster diversity and inclusion. Instead, they foster identity politics, grievance, extreme thin-skinned-ness and the stifling of free inquiry. They also cultivate a view of our society as a dark and violent place, dominated by systemic racism, sexism and homophobia. (One frequently cited microagression to avoid is: "Everyone can succeed in this society, if they work hard enough.")

Now, in a bold departure from the pack, the University of Chicago has declared that enough's enough. In a letter to incoming students, it wrote that its commitment to academic freedom means that it does not support "so-called trigger warnings" or "the creation of intellectual safe spaces where individuals can retreat from ideas and perspectives at odds with their own."

The letter set off a firestorm. It turns out that quite a lot of people believe free expression is a bad thing. They argue it is simply an excuse to spread hateful and obnoxious views – a weapon of the privileged to keep the marginalized down. "I hope that at the end of the day, Chicago's cold, Darwinian approach will be an outlier nationally," wrote Matthew Pratt Guterl, a professor at Brown. His view is that the world is indeed a dark and violent place, and that universities are obliged to shelter students from it.

Jonathan Haidt, a social psychologist at New York University, is an expert on the campus culture wars. (His Atlantic article, 'The coddling of the American mind,' is a must-read on the subject.)

"In the academy now, if truth conflicts with social justice, truth gets thrown under the bus," he said in a recent interview with Minding the Campus. University students have become a constellation of victim groups (the latest being Muslims). "And now you have to try to explain social problems without saying anything that casts any blame on any member of a protected group. And not just moral blame, but causal blame. None of these groups can have done anything that led to their victimization or marginalization." As he has documented, university culture (outside the sciences and technical schools) is increasingly a monoculture, dominated by a class of self-perpetuating ultraprogressives.

Dr. Haidt believes today's students really are far more fragile than they used to be. He blames the dramatic change in parenting styles. These kids have been supervised and scheduled all their lives. They've been raised by parents who are fearful and protective and didn't give them any unsupervised space to negotiate life on their own and develop some resilience. The result is skyrocketing rates of anxiety, fragility and psychological weakness among university students. "Millennials come to college with much thinner skins," he says. "Until that changes, I think we're going to keep seeing these demands to never hear anything offensive."

Something else has changed as well. By the time they reach university, the kids have already been well and truly steeped in social justice. They absolutely believe there is a rape crisis (there isn't). They absolutely believe that women make much less than men (not really). They do not want to hear that the high rate of black incarceration in the United States is closely correlated with the rate of black crime (it is). People who say these hurtful things are, by definition, racist, as well as wrong and dangerous. Students know that if they ever said such things themselves, they'd be ostracized by the tribe, so they don't.

So that's what you can look forward to at university, you guys. Groupthink, censorship, intellectual tyranny and continual assurance that the world we live in is a dark and dreadful place. Have fun! And don't forget to Skype.

Opinion
Who has the right to say what’s correct?
September 6, 2016

The threat of political correctness, real and imagined
September 2, 2016 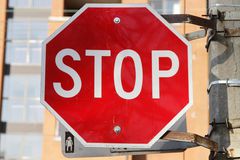 Opinion
Who needs the truth in this post-factual world?
June 18, 2016