In British Columbia, a teachers' strike has closed schools across the province. The two sides have dug in, for how long no one knows. But that's not the only battle raging through the schools these days. There's also the fight over gender-neutral pronouns.

After weeks of bitter debate, the Vancouver School Board has finally passed a sweeping new policy to recognize the needs of society's newest oppressed group – the transgendered. Now, kids who feel that their gender expression may not align with their biological sex will have the right to be referred to as "xe, xem and xyr" instead of the misleading gender-binary terms "he or she," "him or her" and "his or hers."

"We're standing up for kids and making our schools safer and more inclusive," board member Mike Lombardi told the Vancouver Sun.

The new policy will allow students to play on the sports team that they think best fits their gender identity. They'll also be able to choose a gender-neutral washroom if they don't like the ones that match the gender they were born with. School officials will not be obliged to inform the parents if a child is having gender-orientation issues.

You've got to pity the poor schools. Back in the olden days, their job was pretty simple. All they had to do was teach the kids to read, write and add, and throw in some lessons about citizenship. Now they are burdened with enough social missions to choke a horse. The transcendent three Rs today, as every student knows, are Reduce, Reuse and Recycle. The leading civic virtues are inclusiveness and diversity. And school boards are dominated by activists who have embraced these principles with the zeal of old-time missionaries determined to bring the gospel to the heathens.

But the school board's inclusive new approach toward transgender students has not been welcomed by everyone. The strongest opposition came from Chinese and Korean parents who think the schools have no business undermining the authority of parents and worry that the new policies will encourage their kids to explore their gender-otherness while keeping parents in the dark.

"Parents should have a right to know what is happening with their child," said Ivan Chu, one of many protesters at a raucous school board meeting that was reported in the Vancouver Sun.

Other parents argue that gender-identity problems are primarily medical issues, not human rights or social issues. Cheryl Chang, the chair of the parents' advisory committee at Lord Byng Secondary School, warned on her website that the policy could result in "some sort of social experiment that could have long-term negative repercussions." In the end, the fight got so nasty that the two school trustees who voted against the policy were expelled by the Non-Partisan Association, a Vancouver political group, for not sharing "the same level of sensitivity and understanding of the LGBTQ community."

Many of the Chinese parents, like Ms. Chang, are Christians who have also fought the church blessing of same-sex relationships. Many are highly educated, as well as quite conservative, and they believe that human rights in Canada have been taken to ridiculous extremes. They have been accused of intolerance by both activist groups and people writing in the mainstream media. But is that fair?

"This is not really a debate about homophobia," Justin Tse, an academic expert on Chinese Christians in Vancouver, told the South China Morning Post. "It's a debate about parental rights." And their problems with the school board are as cultural as they are religious. "Ethnic Chinese believe in a rational orderly society, where parents are the primary educators for their children," he says. But they regard these school policies as "irrational and disorderly."

As for those gender-variant pronouns, they are pronounced "zee, "zem and "zare." The Vancouver Sun asked Drew Dennis, a trans person and activist, to explain why we need them. Here's what Drew Dennis said: "We've all grown up with the idea that there are just two genders. When you're trying to be who you are in the world, it's very hard when you're not seen how you feel. If you are able to come out and be who you are and actually be supported at school, what a wonderful thing."

What we have here is a profound culture clash between two world views, traditional and postmodern. One stresses family obligations, duty, conformity and responsibility to others. The other stresses self-expression, individual rights and radical autonomy. One believes that people are essentially male or female. The other believes that that belief is the root of many of our problems. No school policy yet devised is inclusive enough to include both of them. 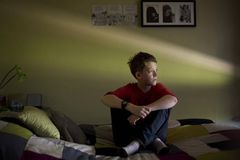 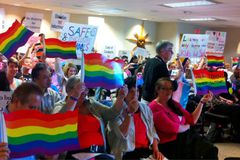 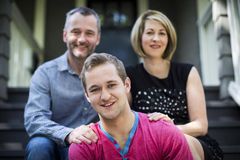