As a culture, our sensitivities regarding the treatment of animals are at an all-time high. So when news broke that Winnipeg authorities had discovered at least one dead puppy and several severely ill dogs in horrific conditions in a home belonging to the director of a local animal rescue, the community – and country – was obviously outraged.

I was not shocked. After a few years volunteering in animal rescue, there is a certain degree of desperation you get used to hearing and seeing, which makes the incident in Winnipeg sad but not surprising. It's a desperation caused by a constant inflow of animals in serious need, and very few resources beyond our own hands and homes to help them; a desperation stemming from a mentality that 'if I can just take one more, a life will be saved'. It happens in this world of animal rescue – filled with great emotion, grand opinions and very high stakes – because no one is in charge.

In Canada, there are no regulations at any level of government specific to foster-based (meaning in private homes) animal rescue groups. Anyone can set up an animal rescue, take in animals, and solicit donations. Canada does have a set of recommended guidelines for standards of care in animal shelters, but those pertain more to bricks and mortar operations like humane societies and SPCAs. Each province also has their own general set of animal welfare laws, but they often lack the financial resources and manpower to enforce them. And for home-based animal rescues, there are simply no rules and no governing bodies overseeing their practices, and thus, as it seems, things can easily get out of control.

Related: After the spear hunt: We must fight to protect Canada's iconic bears

Debra Vandekerkhove, director of Norway House Animal Rescue Network in Manitoba, says it's common for rescue directors to keep upwards of eight or more dogs on their properties, without a kennel license and often against municipal bylaws. She says this needs to stop. Ms. Vandekerkhove believes it is the federal government that should be stepping up to designate officials tasked with standardizing and overseeing the workings of animal rescue groups. "There needs to be ethical rescue protocols, governance, vetting policies and a limit of animals in care per household by any rescue group, including directors," she says.

Helen Lovretin, founder and director of Montreal's Compassionate Animal Adoption Rescue, the group I volunteered with, says setting up an animal rescue took little more than setting up a Facebook page – and it shouldn't be that easy. "We need a general governing body with a code of ethics to regulate operations, and a source where those who are not legit can be reported and immediately investigated." Ms. Lovretin says incidences of cats and dogs suffering due to animal rescue volunteers becoming overwhelmed are more common than the public thinks. "The mentality of 'better alive in beyond misery than dead' is very infectious among rescues," she says.

Government regulation and supervision of animal rescue groups in Canada would benefit all involved, by ensuring the proper treatment of animals, adding structure to an oft-emotionally driven enterprise, and helping maintain the trust and confidence of the (donating and volunteering) public.

But the incident in Winnipeg, along with all the other unpublicized cases of rescues gone wrong, actually points to a much greater problem for which regulating animal rescues would only be a partial solution. Unregulated pet breeding and ownership, and Canada's resulting pet overpopulation crisis, are what has really led us here.

"There are just too many to save," says Anna Pippus, an animal rights lawyer in Toronto. "At a policy level, the issue is that we do nothing to stem the tide of unwanted and homeless animals. Anyone can breed animals, anyone can purchase animals, and anyone can abandon animals. Animal rescue groups are dealing with the flow of animals that results from this unregulated breed-and-dispose mentality."

For a population so outraged by a news story about dead puppies, reader anger should be redirected into action: The more Canadians that adopt dogs from rescue organizations, the fewer dogs that will be in dire need. 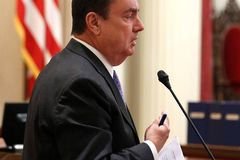 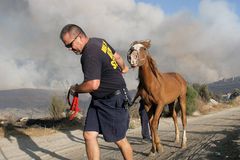 Ontario SPCA lending U.S. colleagues a hand with large animal cruelty case
August 9, 2016
Follow us on Twitter @globedebate Opens in a new window
Report an error
Due to technical reasons, we have temporarily removed commenting from our articles. We hope to have this fixed soon. Thank you for your patience. If you are looking to give feedback on our new site, please send it along to feedback@globeandmail.com. If you want to write a letter to the editor, please forward to letters@globeandmail.com.
Comments