In the fall of 2015, the three of us had never met. But as key organizers who helped propel the rise of Jeremy Corbyn in the U.K. and Bernie Sanders in the U.S., we were all caught up in the same surge of enthusiasm and possibility on the political left.

And now, we're coming to Ottawa on the eve of the NDP convention, to share with Canadians everything we know about mobilizing communities – especially those marginalized by politics-as-usual – in the service of an all-in people's movement for massive political change.

Sure, Bernie Sanders and Jeremy Corbyn aren't in power – yet. But in this era of extreme electoral volatility, the political landscape has already been redrawn in both our countries. And we believe victory is ours to seize next time.

Back in 2015, Canada also had an appetite for bold, progressive politics. And Justin Trudeau, young and optimistic, talking about real climate action and confronting inequality, seemed to fit the bill.

Two years later, even from the outside, we can see more of his progressive promises have been betrayed than delivered. From cheerleading for oil sands expansion to abandoning clear commitments on electoral reform and Indigenous rights, Prime Minister Justin Trudeau looks to us a lot more like Tony Blair or one of the Clintons.

We know this type all too well in the United States and Britain: politicians who make progressive noises on the campaign trail, but once in office, implement the pro-corporate playbook. In fact, frustration with this pattern is what motivated us, along with millions of others, to engage with electoral politics for the first time.

Today, polls have shown Mr. Sanders is the most popular politician in America, and Mr. Corbyn – having captured a historic 40 per cent of the popular vote last spring – is now considered Prime Minister-in-waiting in Britain. We believe Canada is ripe for a Sanders/Corbyn-style insurgency.

So what's the secret to these breakthroughs? Many think it's all to do with the mysterious world of millennials and their memes. But for us, social media – while important – has always been just a tool.

In fact, we believe that our success – and the path to power for the left – lies in three key insights.

First, after working directly with many thousands of voters in our countries, it is clear to us that there is a generation of young people out there that is tired of politics as a spectator sport. They are confronted daily with enraging inequality, they are horrified by what we're doing to our planet and they're ready to work for genuine system change.

Second, our experience has taught us that parties – and the elites who dominate them – have to stop trying to control everything. Call it bottom-up, peer-to-peer, distributed or decentralized – our approach to politics is to offer voters both inspiration and the tools to lead the organizing themselves.

Finally, it's the policies, stupid! Both the Labour Party manifesto in 2017, and Mr. Sanders's platform in 2016, rejected incrementalism and put forward system-level demands: Break up the big banks, free education from cradle to grave and an emergency mobilization in response to the climate crisis. Bold ideas such as these inspired tens of thousands to skip work on election day in Britain, knocking on millions of doors to get out the vote.

So where do we see the potential for something similar in Canada? Well, in September, 2015, in the same week that Mr. Corbyn was elected Leader of the Labour Party, the Leap Manifesto was launched in Toronto – and we've been watching its progress and trading ideas with its organizers ever since.

Like our movements and our candidates, the Leap has been dismissed by mainstream commentators as too radical, out of touch – only to see public opinion shift rapidly toward its position (British Columbia's rejection of the Kinder Morgan pipeline is only the latest example). Most importantly we are inspired by the Leap's ambition, by its vision of a holistic response to the intersecting crises of climate change, racism and inequality. It resonates with the manifestos that sparked political revolutions in our countries – which is why we've been carrying around battered copies of the Leap Manifesto for months.

Although all of our movements are specific to our countries, we know that we are part of a shift in political ambition on the left that reaches beyond our borders. So when we were invited by the Leap (and Courage, a new formation of the independent left) to come to Ottawa this week for a public discussion on the new politics, we jumped at the chance.

The NDP's Jagmeet Singh talks about the need for bold ideas, and has already shown he knows how to mobilize communities that are usually ignored. Disillusionment with Mr. Trudeau has created a sizable constituency that is waiting for real solutions.

We believe that a surge on the left in Canada is just waiting to happen. And we're here to help it along. 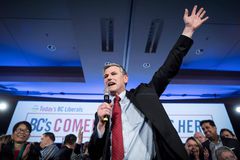 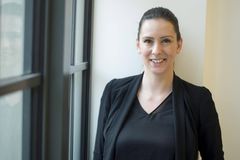