'Canada is No. 1!" former prime minister Jean Chrétien liked to proclaim. Well, according to a new international study, Canada is No. 2.

Not bad being second; in fact, damn good, considering that 60 countries were analyzed by the Wharton School of Business, one of the leading schools in the United States, BAV Consulting and U.S. News & World Report. They co-operated on the study designed to test countries' images around the world.

Their "Best Countries Report," published earlier this year, resulted from asking 16,200 "elites, business makers and citizens" to rank 60 countries according to 75 different categories. All this was to understand the countries' "brand."

When all the data was crunched, Canada came in second over all as the "best country," behind Germany and ahead of Britain (third), the United States (fourth) and Sweden (fifth). (The remaining top 10 were: Australia, Japan, France, the Netherlands and Denmark. Some small, estimable countries, such as Finland and Switzerland, were excluded.)

As with all surveys, results depend in part on the questions asked and how much weight is given to each category of answers. This survey was attempting to replace one GDP, gross domestic product, with another GDP, gross domestic purpose: a mix of innovation, life quality and social responsibility. And no one survey, however detailed, can ever be considered definitive, especially if it is asking, as this one did, subjective questions.

For example, there is much angst today in Canada about the role of women. Listening to campus radicals, universities are hotbeds of a "rape culture," one in three women has been sexually assaulted, women can't get ahead in business and the whole country is eons from gender equality. This survey suggests Canada is actually the third-best country in the world for women and gender equity.

Or government: The Trudeau government insists we have to change the voting system because it is so unfair. Everywhere, citizens gripe about government inefficiencies. The media pounces upon, and sometimes inflates, relatively minor matters into denunciations of political corruption, malfeasance and/or ineptitude.

The country scores extremely high marks – the highest of any country – for "quality of life," which includes public education and health systems, safety, being family friendly and being economically and politically stable. These attributes didn't just happen. They arose from social mores and traditions, but governments of all stripes – and the country's political institutions – had more than something to do with creating or at least encouraging this "quality of life."

At the risk of an observation likely to be furiously denounced, it can be argued that, for all its imperfections, Canada has been the best-governed country in the world for some decades. Canada has weathered economic recessions, Quebec secession, Western alienation and has come through intact. (Aboriginal issues remain a multigenerational challenge, as in almost all countries with indigenous populations.)

If you contest the proposition, name another country better-governed; and if you immediately point to northern Europe, ask yourself if those admirable countries and their political systems have handled ethnic diversity as well as Canada.

What's interesting about the Wharton et al. survey is the contrast between Canada's excellent overall "brand" and its very weak presence on the world stage.

It is nowhere in having an international cultural impact, scores 0.5 out of 10 for defence (where Canada is a well-known "free rider" on the coattails of others), a terrible 3.1 out of 10 for being a world "leader," and gets very low marks for innovation and technological expertise. These and many other surveys of Canada's small impact in the world, alas, will not change the citizens' sense of Canada as a moral superpower.

As for the category of "adventure," Canada scores well for being scenic and having "friendly" people, but is rated 0.2 out of 10 for being "sexy" and 1.7 for having a pleasant climate. (Which crazies gave Canada any marks at all for climate?)

One study does not a reputation seal. Nor does it erase the country's errors, weaknesses and challenges. It is, at best, an antidote to gloom and overheated rhetoric, and welcome for that. 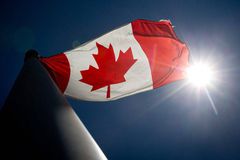 Canadian cities ‘dominate’ North American quality-of-life rankings
February 23, 2016
Follow us on Twitter @globedebate Opens in a new window
Report an error Editorial code of conduct
Due to technical reasons, we have temporarily removed commenting from our articles. We hope to have this fixed soon. Thank you for your patience. If you are looking to give feedback on our new site, please send it along to feedback@globeandmail.com. If you want to write a letter to the editor, please forward to letters@globeandmail.com.
Comments