Barry Kiefl is president of Canadian Media Research Inc. and a past director of research for CBC.

Mélanie Joly, the new minister responsible for the CBC, must decide what to do about our national broadcaster. The Liberals made a campaign promise to increase funding of the publicly owned broadcaster by $150-million annually, but CBC has only said the money would be used for "deepening our connection" with Canadians.

What do Canadians want from their public broadcaster? We have access to a vast array of traditional TV services, an unlimited amount of video and audio content to stream online in our homes or on mobile devices and every print journalist and kid in the neighbourhood wants to be a video or podcast star. The first thing the minister should do is ask Canadians what they want from a new CBC for the future.

The CBC research project should start by asking a large, representative sample of Canadians to imagine there was no CBC TV or radio. Would people miss the CBC? Would they turn to other radio stations, if CBC Radio were no longer available? Would they just stop listening to radio altogether? Would they be willing to pay to keep it?

Would Canadians just watch other TV stations if Peter Mansbridge, Dragons' Den, Murdoch Mysteries and all CBC-TV programs were cancelled? Would people even notice that CBC-TV was gone? Is CBC's all-news channel more important than the main channel? Should CBC be airing the Olympics or sports at all? If CBC were only available online, would Canadians still watch and listen? Are CBC Web services more or less important than Facebook, Twitter, YouTube or Netflix?

Should CBC eliminate or reduce advertising, especially in a media environment overflowing with commercials? Would Canadians be willing to pay for CBC directly via their TV and Internet providers?

The CBC project should analyze the most reliable and independent data on TV, radio and Internet usage. It should study differences between younger and older and English and French Canadians. Canadians in rural and remote regions may have quite different opinions about CBC. The project should conduct interviews with a random sample of current and past CBC employees and explore how the broadcaster should be organized and managed. CBC management and other industry stakeholders should be consulted, while remembering the public is the most important stakeholder, not industry groups impacted by CBC.

The minister should collect relevant industry data on how the CBC spends the public money it currently receives and the commercial revenue it generates. Ask experts for suggestions on how CBC could be more efficient with our money and what incentives could be put in place to increase efficiency. Should CBC be in the business of renting its buildings or airwaves to private interests? Should CBC be competing with newspapers and online media for readers and advertisers? Just how much revenue do all those new CBC Internet services generate, which CBC has never revealed?

Past surveys have shown that about one in three English and French Canadians are devoted CBC listeners. French Canadians are very supportive of CBC French TV but there are fewer hard-core CBC-TV supporters. There is a minority who think the CBC serves no useful purpose and their voices should be heard and, if practical, let them opt out of paying for CBC.

The one underlying reason for maintaining a public broadcaster is that it provides us a perspective on all aspects of our economic, cultural and political life free from the inherent bias of commercial interests. If left unchecked CBC can develop biases of its own, expressing editorial opinion rather than fact, but it is the only national source for radio and TV news, information and entertainment not controlled by large, private media conglomerates.

The CBC research project will map out what kind of CBC would best serve all Canadians. It has never been done before and won't be cheap; the cost to do large-scale, high-quality representative surveys, probably requiring in-person interviews, coupled with independent expert analysis, will be in the millions. But it will be worth it if it helps ensure that the billions spent on CBC in the future will continue to be a good investment for Canada.

Opinion
CBC has proved it can withstand the axe
May 15, 2018 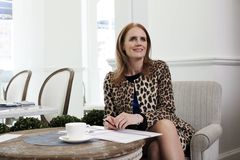