There he was, age 80, back at it, making news again. In his endless career, Jean Chrétien has thrown more punches and taken more hits than George Chuvalo. But he's still standing. Not much has changed. The gravel voice, the broken diction, everything raw, unschooled and straight from the gut.

This time, in talking to the CBC's Evan Solomon, Mr. Chrétien was weighing in on the new threat from Iraq. Though Stephen Harper says our role there is not a combat mission, the old terrier was taking exception, saying it's a done deal, saying we're committed.

Of course he likes to talk about Iraq. His spurning of George W. Bush's drive to start a war there on the basis of guesswork was a signature moment for him. Today, circumstances are so different that he should be hesitant to draw potential combat comparisons. But it's still good to hear from Mr. Chrétien. In these times, his story is relevant. From him, Stephen Harper surely learned things.

It's still hard to comprehend what the party did to him. Mr. Chrétien led the Liberals to repeat majority victories and maintained a huge lead over the divided Conservatives. He had his party in political heaven. The upshot? A majority in the caucus turned on him, even before the sponsorship scandal. They chased him out and then paid the price, a big one. It has taken the Liberals more than a decade to recover.

Mr. Chrétien wasn't forced out because he got jelly in the belly. He remained a hardwired S.O.B. In researching two books on him, the fun was in finding out there were no myths about this guy. All the street fighter lore was true. He cold-cocked opponents in pool halls, on the streets, in the schoolyards. He took on the intellectual snobs of Quebec. He carried his ruggedness and working class values into politics and they remained with him. He always had an eye primed for who was with him and who was not.

As Tom Flanagan and Preston Manning have reminded us, Mr. Harper was imperious to begin with. But he learned exceedingly well from those examples. As he heads into an election year, he faces hardly a whimper of internal dissent; this despite trailing Justin Trudeau's Liberals for the last year and a half.

The Harper lock on loyalty was evident last week when rebel MP Brent Rathgeber held a launch for a book on what happened to democracy under Mr. Harper. Only one Conservative caucus member showed up in support.

Last week was no different from most in a government where freedom of speech has become a stranger. On the Conservative Party's Facebook page, people tried to post objections to Mr. Harper's signing of the Canada-China investment deal. They were quickly erased. We learned that Opposition MPs intent on organized trips to Canadian military bases were barred from such visits. We learned of government plans to yet again cut short debate on important pending legislation.

We thought there might be some good news when we learned that the Prime Minister was supporting Michael Chong's private member's bill aimed at giving regular party members more power. But then we learned the most potent measure in the bill was being gutted.

You might say that there's a dark trend line at work in our governing precincts. It suggests that to succeed in a democracy, the need is to undermine it. Make it a democracy of one. And hope the people never catch on.

Opinion
Holding the Harper government to account, one written question at a time
September 18, 2014 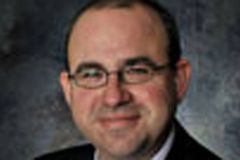