Stephen Hunt was the theatre critic at The Calgary Herald for 10 years.

The Canadian cultural critical landscape – outside of Toronto – looks bleaker. In Calgary, there are many signs of the demise of an important industry: The Calgary Theatre Critics' Awards, locally known as The Critters, recently threw in the towel. I was let go back in January, part of massive Postmedia layoffs, leaving just one Calgary critic who appears in print media.

Our 73-year-old Louis Hobson, whose reviews run in both the Sun and the Herald, is Calgary's last theatre critic standing – and after suffering a heart attack a year ago, even Mr. Hobson say he needs to cut back.

(There are still two young, emerging Calgary theatre bloggers: Jenna Shummoogum and Rodrigo Flores, who find the enthusiasm to review 80 shows a year, featuring over a dozen professional companies, for little or no money – futile for a realistic career opportunity.)

It's hardly a Calgary thing – or a Canadian thing, or a Postmedia thing, either. It's happening everywhere.

Theatre criticism, dance criticism, literary criticism and visual-art criticism are all going away. Alternative weeklies are folding in cities across the country.

In Edmonton and Regina and Vancouver and Victoria, most major cities now feature one critic, usually a staff writer at the local Postmedia-owned newspaper.

If there isn't anyone critiquing, how is a nation's art affected?

The Washington Post recently ran a feature lavishing praise on the Trudeau government's $1.5-billion commitment to culture in Canada. It's a new golden age, they say – but without critics, maybe it's not so golden.

Vanessa Porteous, the artistic director of Alberta Theatre Projects, which has premiered around 135 new Canadian plays since 1988, says the decline in criticism really hit home with her theatre company in 2016.

"I feel like this season,with the change at Postmedia … we've reached a tipping point," Ms. Porteous says. "I really feel like in Calgary this year, we disappeared … or we became a tiny dot on the landscape. The issue of not having any critical discourse around our work is – I'm going to use the word – devastating to me."

Theatre people get together, at events like the PACT (Professional Association of Canadian Theatres) conference to talk about possible ways to keep the conversation going, in the face of diminishing media coverage of their work. They tweet out their patrons' enthusiastic reactions to their productions. They publish their own media, disguised to look as if it's not published by them.

At the Canadian Theatre Critics Association last January, we published a manifesto calling for the creation of a Canadian Council for Critics. The Critics Council would be funded with 1 per cent of the budget that the Canada Council receives – around $2-million – and would be used to dispense micro-grants of between $10,000 and $17,000 to bloggers who write about Canadian publicly funded art.

After all, bloggers can write about anything – wine, travel, iPhones – but some of them still have enough passion to create content about made-in-Canada-by-Canadians art.

Hoping they can make a go of it – many are without training or income – is wishful thinking at best, and self-destructive at worst.

We as a country have decided that it's in the public interest to create publicly funded Canadian art. Our children go to school and study to join the arts sector, which is now a multibillion-dollar national industry that employs thousands of people.

If bloggers like Mr. Flores and Ms. Shummoogum, and a new generation of podcasters and freelancers are willing to write about that art at a time of diminishing cultural criticism, it's in the public interest to create a framework, at a modest cost, that allows them to do that.

"We're a country that loves the idea of emergence," former National Arts Centre artistic director Peter Hinton said to me, in a Calgary Herald interview in the summer of 2014, "but pays very little attention to nurturing the long-term vision of the culture of theatre in Canada.

"We have a million universities and theatre schools," he said, "but have yet to build a solid theatre culture in this country.

Critics are the honeybees of the cultural ecosystem – the problem is, they are facing a fate similar to our actual honeybees.

In September, Mr. Flores – who is a fine writer and who would have been writing about the arts for a Canadian broadsheet one day – moved back to New Brunswick.

He is just one more bee buzzing off to some other career where he can afford to make the rent. 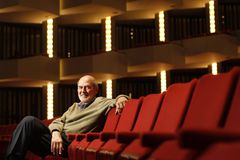 How to rise up the Canadian arts ranks? Move abroad
August 12, 2016 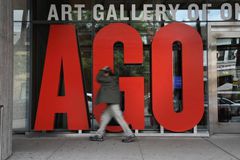