In Nigeria, more than 270 schoolgirls are kidnapped and enslaved by an obscure militant group called Boko Haram. A few days later, the World Health Organization warns that polio is making a comeback, and declares a global public health emergency.

The link between these two calamities is Islamist terrorism. Far from being eradicated, this deadly disease is as virulent as ever. It strikes hardest at women, teenaged girls and children. And the world seems powerless to stop it.

"I abducted your girls," Boko Haram leader Abubakar Shekau taunts in a chilling new video. "There is a market for selling humans. Allah says I should sell. He commands me to sell." The goal of Boko Haram (which means "Western learning is sinful" or "forbidden") is to create a radical Islamic state in Nigeria. This is not the first time the group has attacked schoolchildren. It specializes in burning them alive.

Meantime, the highly contagious polio virus is radiating out of Pakistan and showing up in Afghanistan and Syria. In an interview with the CBC this week, a World Health Organization official delicately blamed "the suspension of the vaccine in one area," as if Pakistani health officials had committed some sort of careless lapse. This sort of airbrushing ignores the real cause, which is the systematic war the Taliban is waging against female health workers. Since July, 2012, at least 31 polio vaccination workers have been killed and many others have quit in fear of their and their families' lives.

The Taliban insist that vaccination workers are really Western spies who are sterilizing Muslim children. They say the killings are in retaliation for U.S. drone strikes, and point out that the United States once used a local vaccination team in an effort to gather intelligence about Osama bin Laden. This is true, but the Taliban's war against polio vaccination began years ago. It is part of a larger attack on any behaviour that violates the movement's bizarre idea of Islam – including work by women outside the home, schooling for girls and family planning (believed to be another Western conspiracy to wipe out Muslims).

In rural Pakistan, community health care is largely delivered by trained women, who are known as Lady Health Workers (LHWs). This means the war on women has had a devastating impact on public health. That war is documented in a searing 2012 report published in the British Medical Journal. (One of the co-authors is the University of Alberta's Zubia Mumtaz.) The report says the Taliban have destroyed health clinics and girls' schools, while threatening LHWs with kidnapping and accusing them of being prostitutes. At various times, they have declared that it is a Muslim man's duty to kidnap them when they pay home visits, to forcibly marry them, to use them as sex slaves, even to kill them.

As a result, many LHWs have been terrorized into quitting, moving away or boycotting their work until security improves. Maternal deaths and polio cases are on the rise, and people on the ground are pessimistic. "The vaccination teams [have been] still going out, but at risk to their lives," Tariq Bhutta of the Pakistan Pediatric Association told Reuters. "People can come up on motorbikes and shoot them."

Boko Haram and the Taliban are united in their hatred of women, progress and the West. Both have targeted polio workers. Both flourish in remote areas of failed states, far beyond the reach of impotent authorities. Both recruit ignorant young men from radical Islamist schools, and both justify the murder of innocents in the name of God.

So far this year, Boko Haram has slaughtered an estimated 1,500 people it deems to be infidels. U.S. officials have promised to send in the Federal Bureau of Investigation to help find the missing girls, but it's worth asking how effective foreign teams will be in the lawless forests of northern Nigeria, places where even domestic government officials don't want to go.

Meanwhile, don't count on the Taliban to stop the comeback of polio. Its advance is a blow against the West. The war on polio is a war the Taliban are winning. 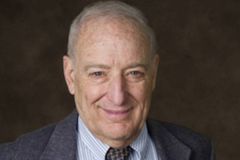