Blayne Haggart is an assistant professor of political science at Brock University in St. Catharines, Ont.

Attempts to link the Fort McMurray fire to climate change, most prominently by Elizabeth May, have been swatted down hard by ordinary Canadians, and many politicians and pundits. When I posted an article on the fire and climate change to Facebook, I was taken aback by the intensity of the discussion.

This visceral reaction forced me to consider whether I had been wrong to link the two.

The biggest complaint is that activists like May and people like me are politicizing a tragedy. But sometimes such politicization is seen as necessary and okay. In the United States, every mass shooting – undeniably personal tragedies – is always followed by a debate over whether to "politicize" the murders (i.e., discuss actual gun control). To most non-Americans, it is obvious you have to politicize gun violence, or it will never end.

With a wildfire, where human culpability lies deep in the background (climate change, poor forestry-management practices), the debate is even more lopsided.

It is not really the politicization of tragedy that is the problem; it is that people do not want their experiences to be used in ways that do not respect their own understanding of their situation. To be clear, nobody is accusing Fort McMurray residents of bringing this on themselves. That is just nuts, a straw-man argument. But nobody likes to feel they are being used. We should respect that.

So instead, let's discuss what the sincerely expressed desire not to link Fort McMurray and climate change says about Canada's ability to respond to challenges posed by climate change. To do that, we have to think about why governments decide to act in certain situations but not in others.

According to John Kingdon, who wrote the book on government decision-making, governments do not act just because something bad happens (say, the slow cooking of the world). Rather, something has to be perceived as being a problem. Mr. Kingdon notes that "focusing events" create "policy windows" in which perceived problems (say, climate change) are linked to proposed solutions (say, deal with climate change via a carbon tax, or greater support for sustainable energy) and to the political will to do something.

Pretty much every event in politics has multiple causes, and one cause does not have to be the most important for people to decide to focus on it. To the disbelief of most outsiders, the U.S. debate over gun control is often derailed by a focus on mental illness and not the easy availability of guns. Perception is key.

The Fort McMurray fire was a potential focusing event. Climate scientists and government experts agree that such extreme weather events are made more likely by climate change. Sure, you cannot link one event to climate change, but this is exactly what we expected to see more of based on what we know about climate change. Claiming that the Fort McMurray fire should be a political wake-up call was not an insane argument, especially because making it does not affect the immediate emergency response at all.

But most Canadians, many of whom are not climate-change deniers, have vehemently resisted making this link, and so that policy window – and with it, an opportunity for a serious discussion of how Canada should respond to climate change – has closed.

If Mr. Kingdon's understanding of policy change is correct, the closing of this window tells us that Canadians do not really perceive climate change as much of a threat. If we did, linking the two would not have been perceived as an insult. We (including the blameless victims of the fire) would have embraced the linkage, even in the presence of uncertainty over climate change's exact role in the disaster.

Why Canadians have rejected this linkage is open to debate. Regardless, this rejection strongly suggests we as a society effectively are choosing the climate-change path of least resistance and maximum damage. We are choosing to deal with the increasing number of extreme weather events as they happen, and choosing to avoid even thinking about concerted, costly efforts to halt climate change.

Fort McMurray residents brace for return to fire-ravaged city
May 31, 2016 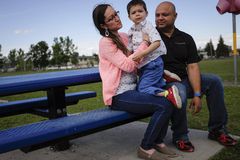 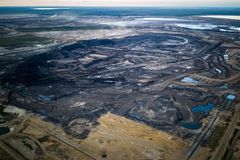