Former diplomat Paul Heinbecker is director of the Laurier Centre for Global Relations and a distinguished fellow at the Centre for International Governance Innovation.

The situation in the Middle East is never so bad that it can't get worse. Turkey, an island of comparative stability in a sea of unrest, is at risk from a rising tide of insecurity on its borders and instability inside them. Others, including Canada, can and should relieve Turkey's burden and resettle more of the two million refugees that Turkey is sheltering who can never go home again. Supportive diplomacy at the North Atlantic Treaty Organization would also help.

On acceding to office, the current government promised Turks a "zero-problems-with-neighbours" foreign policy. A decade later, Turkey faces a zero-neighbours-without-problems reality. The once productive Turkish rapport with Israel is on ice. Relations with Armenia and Azerbaijan have both regressed. Trading partner Greece has fallen into deep recession. Cyprus awaits a solution. Russia continues to foment trouble in Ukraine and Eastern Europe and along with Iran to prop up Bashar al-Assad of Syria.

Turkey faces the disintegration of Syria and Iraq and the multiple threats to peace posed by the blood-soaked Syrian regime and by the barbarous fanatics of Islamic State and others. At the same time, reconciliation with Turkey's domestic Kurds to end the decades-long internal conflict with the Kurdish terrorist insurgency, the PKK, is teetering on the brink.

The security kaleidoscope took another deadly turn last week when Islamic State, long considered by Ankara as the lesser (to Assad) of two brutal evils, bombed a community centre in Suruc, just inside the Turkish border, killing more than 30 Turkish citizens, including many Kurdish Turks. The PKK, in turn, killed two Turkish police apparently in protest against alleged Turkish failure to protect Kurds. Ankara then bombed IS targets inside Syria and PKK targets in northern Iraq and rounded up hundreds of suspected IS militants and PKK sympathizers in Turkey, some located in tourist destinations.

In a major policy change this past week that could affect Canada, Ankara reportedly agreed to allow the United State to use several Turkish military facilities against Islamic State, in particular the major air base at Incirlik – a "game changer," according to an unnamed U.S. official.

Turkish and American officials are reportedly saying that, in turn, the United States will co-operate in creating a buffer zone inside Syria, a long-sought Turkish objective that would simultaneously shelter Syrians fleeing the ongoing fighting, create a safe space in Syria into which Ankara could repatriate some of the many refugees it is sheltering and stymie any Kurdish ambitions to create an autonomous region on the Turkish-Syrian border and to block any Kurdish push to the Mediterranean. With coalition forces operating out of Incirlik, close to the Syrian border, the Syrian air force would probably be largely grounded in that area, a second Turkish objective.

Meanwhile, inside its borders, Turkey carries a hugely disproportionate humanitarian and economic burden generated by the worst refugee crisis of this generation. Turkey is often called the bridge between East and West, but for two million Syrians given refuge by Turkey, it is a bridge to nowhere.

While Turkey has been building shelters, its neighbours at the European end of the bridge have been building barriers on their frontiers and drawing up plans for military action at sea. They have reportedly even contemplated bombing fishing boats that might ferry refugees across the Mediterranean, an idea that leaders of the United Nations, the Red Cross and the Vatican have all condemned.

European governments, according to Amnesty International, have offered a total of just 40,137 resettlement places to Syrian refugees – 30,000 of which are in Germany alone. Few Europeans apparently regard themselves as their brothers' keepers, a biblical precept evidently more respected by the largely Muslim countries surrounding Syria than by the nominally Christian redoubts of the West.

No government has done more for Syria's huddled masses than Turkey, the world's leading recipient of refugees. The Turkish government calculates it has spent $7-billion to date, and received just $400-million in assistance from the international community. It has built 25 refugee camps to house 260,000 Syrians. An additional 1.5 million Syrians have been allowed to live outside the shelters in Turkey. It is expected that the total number of refugees in Turkey alone will reach 2.5 million people by year's end.

The Turkish people appear to accept that they have a moral obligation to help neighbours fleeing death and destruction, and many are proud that they are doing so. But many also worry that the current response to the problem is unsustainable. The Syrian civil war has had a major impact on the Turkish economic relations with the formerly prosperous Syria and Iraq, and on European tourism, at a time when Turkey's European markets are in the doldrums.

Resource-poor Turkey has its own people to look after. Turks are understandably concerned that hosting so many refugees is an unfair economic burden and a social time bomb, a potential danger to Turkish stability and prosperity.

The West should also be concerned because Turkey is a cultural buffer between Europe and the Middle East and a land bridge for commerce and pipelines bypassing Russia. It is also an ally that bestrides the straits between the Russian Black Sea fleet and the Mediterranean. Turkey's stability matters.

Many of the more than four million refugees who have fled the fighting will never be able to return home and many of them are well-educated Syrians who could contribute to Canada. Canada has committed itself to resettle just 5,000 refugees from Turkey by 2018 (Canadian embassy website), a relative drop in the humanitarian bucket. Our government's policy is both puzzling and disappointing, given the benefits Canada has typically derived from refugee flows, notably from the Hungarian, Czech, Chilean, Ugandan, Vietnamese and Balkan movements. Of all countries, Canada can has the capacity and the interest to resettle more Syrians.

Erdogan’s new offensive puts Turkey on the edge of a dangerous precipice
July 28, 2015 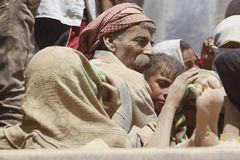