Please be upstanding. This court is now in session, Mr. Justice C. Wisdom presiding. And if you're going to make a sketch of the judge, make sure you do his good side.

Is there a "proper" way to dispose of worn-out Canadian flags? Herb Thorburn of Vernon, B.C., wants to know.

Davin Sooley of Nauwigewauk, N.B., tells us that the Department of National Defence has produced a manual titled The Honours, Flags and Heritage Structure of the Canadian Forces that explains just what should be done in such a circumstance.

The manual says: "A flag, other than a consecrated colour or royal banner, that is no longer serviceable may be destroyed privately by burning."

Incidentally, CW thought you might like to know that, according to the Department of Canadian Heritage, vexillologists (flag experts) often cite Canada's flag as one of the world's more beautiful because of its simple design and limited number of colours.

Michael Conrad of Vancouver wonders why artists are permitted to sketch the accused in a courtroom, but photographs are not allowed.

In Ontario at least, it's because sketch artists are deemed unobtrusive whereas photographers are not. Here with the background is Brendan Crawley, a spokesman for Ontario's Ministry of the Attorney-General.

"Permitting sketch artists in courtrooms," he says, "was a topic specifically debated in the Ontario Legislature on Nov. 21, 1974, when Robert Welch, attorney-general of Ontario, moved second reading of Bill 139, an act to amend the Judicature Act."

It read: "No person shall attempt to take any photograph … or make or attempt to make a graphic portrait or sketch at a judicial proceeding."

"It's almost been an automatic rule that pictures will not be taken, that you won't bring in television cameras and go through the glare of klieg lights and that sort of thing. But why is a sketch offensive to the attorney-general? How does it detract from the process of the administration of justice? Why is an artist who sits quietly at his position in court, probably at a press table, any more objectionable than a reporter who sits beside him? Is an artist disturbing the proceedings of the court when he makes his drawing more than the reporter who makes notes in his book? What is the distinction?"

James Renwick, MPP for Riverdale, agreed and suggested that, while photographic and movie equipment was "disruptive of the quiet orderly process of the hearing of the case," the same did not hold true for sketches. "In this day and age, to rule out the artist's sketch has no merit whatsoever in my judgment."

On Nov. 26, 1974, Mr. Crawley says, the attorney-general "proposed striking from the bill the prohibition against sketching."

Six-year-old Nathan Kirkham of Burnaby, B.C., wants to know how the funny bone got its name. After all, he says, "when you bonk it, it isn't very funny."

W. Clements of Toronto writes: "We are urged to brush our teeth with toothpastes that claim to reduce plaque, whiten teeth, preserve enamel and so on. We are also urged to use mouthwash. Wouldn't the mouthwash wash away the toothpaste before it could do any good?"

Steve Mertl of Vancouver wonders why Americans refer to their politicians by their titles even after they've left office. For example, why is Bill Clinton still referred to as President Clinton?

Let's hear from you: If you have the answer to one of these questions (or a question of your own), please e-mail wisdom@globeandmail.com. Include your location and a daytime phone number.

The PM's overzealous glorification of the flag is a joke
October 3, 2011 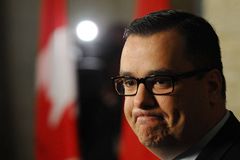 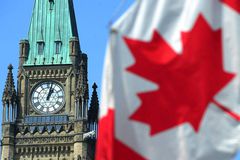