Should religious belief justify gender segregation in university classrooms? According to Professor J. Paul Grayson of York University and his colleagues at the sociology department, the answer is unequivocally 'no'. His superiors, however, disagree, seeing no harm in allowing a male student to be exempt from interacting with female students in Prof. Grayson's class. While the student backed down when Prof. Grayson refused to accommodate his request, the issue is by no means settled, as the university administration has not rescinded its directive to accommodate such an exemption.

Across the pond, a debate over gender segregation at university campuses has been raging for months. On a few occasions, lectures sponsored by Muslim groups have resulted in the physical separation of men and women in attendance – with men on one side of the lecture hall, and women on the other side; or women at the back, with men in the front. This led to an opinion issued in November by the highly respected Universities UK (UUK), an advocacy organization for universities in the United Kingdom. A request for gender segregation by an external ultra-orthodox religious speaker should be honoured, opined the UUK, as long as "neither women nor men were disadvantaged and a non-segregated seating area" was also provided. The public outcry was swift and unequivocal. Prime Minister David Cameron stated that gender segregation should not be enforced on audiences, adding that such an opinion did not apply to worship services. The UUK recently withdrew its case study, but left open the question of voluntary segregation..

In 2009, a female Egyptian immigrant expressed discomfort in interacting with male students in a French language class at a Montreal CEGEP. She asked for, and received some accommodations, including making oral presentations facing a classroom wall with her back to fellow students, and taking oral tests in private with her female teacher.

For Muslims, the foundation of belief resides in the Koran and the authentic traditions of Prophet Muhammad. Some believe that they should not interact with members of the opposite gender to whom they are not related to by birth or marriage. Yet, the late Salafi scholar Abdul Haleem Abou Shaqqa found in a comprehensive study of gender relations during the time of the Prophet, that men and women were not segregated to the extent that we see today in some Muslim cultures. Their interaction was natural and mutually respectful. Both genders played a dynamic role in building a vibrant community. In the 7th century, Muslim women – such as the legendary Nusaybah bint Ka'ab – fought with men in combat.

The York student's request is based on cultural preference rather than any solid religious foundation. Nonetheless, the prevailing societal norm should not be set aside to accommodate a view that repudiates the efforts of countless women and men to ensure equal opportunity. Gender equality is non-negotiable. Furthermore, segregation is based on the false premise of "separate but equal". It is also offensive to be told (as a woman) that a man refuses to deal with you simply because of your gender. Even the Dean of the Sociology department knew this when he advised Prof. Grayson to conceal the exemption from the other students in the class.

In Muslim communities, gender segregation has led to the marginalization of women, as they are shut out of debate, discussion and decision-making. Under the pretext of "religious purity", women are discouraged from full participation in community development. At some events sponsored by Muslim campus groups, women are relegated to the back of the hall. At such events, men may freely ask questions; women are encouraged to write their questions on paper, so their voices won't be heard. Some groups even forbid women speakers, or offer the excuse that there are no qualified females to address the audience. As in the UK, there should be greater scrutiny and debate of accommodations made to groups where gender equality is compromised.

Professor Grayson should be commended for taking a principled stand. Allowing such an exemption will open the door to further requests that are contrary to the advances made in gender equality. Just ask Muslim women. We don't want to go backwards. 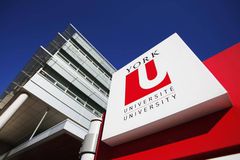 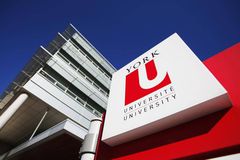 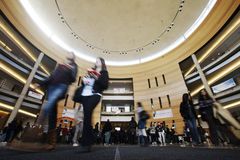