In coming days, Canadian and European officials will intensify negotiations on a new trade agreement most Canadians have never heard of. The Canada-European Union Comprehensive Economic and Trade Agreement is by far the largest free-trade deal this country has ever undertaken.

If it goes through, CETA will open up the rules, standards and public spending priorities of provinces and municipalities to direct competition and challenge from European corporations. Ottawa refuses to even discuss the environmental implications, but a recent trade sustainability impact assessment commissioned by the European Commission has sounded alarms in several areas.

The report says the kind of liberalizing trade deal envisioned will lead to increased European investment in the Alberta tar sands, and thus to increased greenhouse gas emissions. Trade lawyer Steven Shrybman has sounded a similar warning in a recent legal opinion, noting that CETA will give corporations the right to ignore or challenge existing or new rules aimed at reducing the current heavy footprint of the tar sands. He posits that the Conservative government sees international trade regimes as an important tool for defeating efforts to address climate change.

The impact assessment also warns that CETA will open the door for European water utilities, such as giant transnationals Suez and Veolia of France, to privatize Canadian public water services and raise rates. Such companies would be able to challenge local water conservation and source protection rules, as well as bottled water bans, as unfair barriers to trade.

Any increase in commodity exports to Europe will place a greater strain on groundwater in Canada, which is already a leading "virtual" water exporter, sending massive amounts of surface and groundwater out of the country in agricultural products. Our current net export of water in grains alone is totally unsustainable, equivalent to twice the Athabasca River's yearly discharge.

The report also singles out a possible negative impact on northern and first nations communities as the deal opens up massive new industrial, mining, forestry and energy development, leading to "water, air and soil contamination." Europe is seeking a comprehensive and aggressive global approach to acquiring the raw materials needed by its corporations. At its heart, this deal is a bid for unprecedented and uncontrolled European access to Canadian resources.

This includes fish. The EU is seeking to remove export restrictions and foreign investment limits from Canadian processing plants, as well as increased access to Canadian ports to bring the raw fish back to Europe for processing. Europe has overfished its own waters and is seeking uncontrolled access to ours; the impact report warns that CETA will likely lead to overfishing, especially in the Atlantic.

The Canadian Environmental Law Association warns of another threat posed by this deal. The text on "regulatory co-operation" calls for further harmonization of regulatory measures and requires both jurisdictions to agree before more protective and progressive rules can be adopted. It will now be twice as hard in Europe and Canada to bring in new rules and standards to protect the environment.

Finally, CETA will likely have a NAFTA-type investor-state enforcement mechanism, which means that European corporations will have the same right that U.S. companies now enjoy to sue the Canadian government if it introduces new rules to protect the environment. Gus Van Harten of Osgoode Hall Law School and David Schneiderman of the University of Toronto's law faculty warn that this tool emphasizes investor protection over government policy in environmental protection, and provides a powerful new means for large corporations to frustrate regulatory initiatives without a comparable mechanism to police these same companies.

A new study of NAFTA's Chapter 11 dispute mechanism, by Scott Sinclair of the Canadian Centre for Policy Alternatives, found that since NAFTA, Canada has paid $157-million and Mexico has paid $187-million to corporations that challenged their domestic laws, while the United States has yet to pay out in any challenge against it. Canada should expect a similar outcome if it goes up against European transnationals.

CETA is the wrong model for Canada and Europe. Unlimited growth and economic globalization are killing the planet. CETA serves the only profit interests of the big business community. We can do better.

Maude Barlow is national chair of the Council of Canadians. 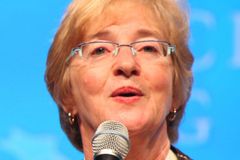 Ontario foot-dragging imperils Canada-EU trade pact, officials say
March 31, 2010
Follow us on Twitter @globedebate Opens in a new window
Report an error
Due to technical reasons, we have temporarily removed commenting from our articles. We hope to have this fixed soon. Thank you for your patience. If you are looking to give feedback on our new site, please send it along to feedback@globeandmail.com. If you want to write a letter to the editor, please forward to letters@globeandmail.com.
Comments