Back in the 1960s, a free-speech movement swept North American campuses and launched a new era of social and political ferment. It was a heady, liberating time – time for dissent, challenge and dangerous ideas. It was perhaps the counterculture's finest hour.

Today, university campuses are where free speech goes to die. Undesirable speakers are cancelled or shut down and unpopular opinions are suppressed. The inheritors of the counterculture believe that free expression is like kryptonite – so deadly that it will cause lethal damage unless it is contained or neutralized.

Read also: We need to protect free speech on campus

This, in a nutshell, explains the mess at the University of British Columbia, where the new president had hoped to unveil a statement on freedom of expression that would (presumably) plant the university firmly on the side of the angels.

The trouble is, many of the academics on the working group tasked with drafting this statement don't actually seem to believe in free expression. Only this can explain the hopeless, incoherent mishmash they came up with. (I am sorry to note that their grammar and syntax are hopeless, too.) No wonder the president, Santa Ono, wanted to shelve it.

"In my view this is a feeble and troubling document that is unworthy of a university that wants to be taken seriously," Paul Russell, a philosophy professor who has been involved in other speech debates on campus, said via e-mail.

The issues involving free speech are genuinely difficult. This statement sheds no light as to how they should be resolved. "Freedom of expression does not trump all other rights," it says. "In the university community freedom of expression can only thrive constructively when accompanied by other rights, including the equality rights of equity, diversity, and inclusion."

Well, what happens when these rights collide? It doesn't say.

"The draft promises to protect 'other rights,'" Paul Quirk, a political science professor at UBC, said in an e-mail. "But it doesn't give the slightest hint about what kinds of speech would violate those other rights or harm those interests. It says, in effect, 'You can speak freely. But watch out if someone might disagree or take offence. We'll be making exceptions.'"

Here's the problem. The philosophy of "social justice," that now prevails on campus is in fundamental conflict with traditional liberal values of truth-seeking. As social psychologist Jonathan Haidt points out, these sets of values can't be reconciled. According to Mr. Haidt, the patron saint of social justice was Karl Marx, who believed "in changing the world in part by overthrowing power structures and privilege." For social-justice advocates, true diversity of thought is dangerous, and words can be as dangerous as weapons.

The concept of words as weapons that can inflict damage on people's equality rights is a staple of feminist legal thought. It is also widespread on campuses today. At UBC, it is articulated by Mary Bryson, who as a member of the working group that devised the draft explained to The Globe and Mail: "Balancing on the one hand, the right to freedom of expression, and on the other hand, freedom from discrimination, I think that is an important move to take. It's important to recognize that there are unique threats to freedom faced in particular by minority students, staff and faculty."

Prof. Russell disagrees. "When I was a child, the old adage was 'sticks and stones may break my bones,'" he says. People made a sharp distinction between physical violence and threats, and language that was merely abusive and offensive. Today, that distinction has been dangerously blurred.

For all their talk about diversity and inclusion, universities have become monocultures of thought, where unpopular ideas are often regarded as downright toxic. Just ask Lindsay Shepherd, a graduate student at Wilfrid Laurier University. She's a teaching assistant for a course called Communications Studies 101. Last week, she showed students a YouTube video of a debate between controversial University of Toronto professor Jordan Peterson and another professor, Nicholas Matte. The clip, in which Prof. Peterson objected to the use of non-gendered pronouns, was meant to spark discussion, and had already aired on TVO's The Agenda. Somebody complained, and Ms. Shepherd was promptly hauled on to the carpet by the university's Gendered and Sexual Violence Prevention and Support office, where she was accused of being "transphobic." She was informed that the video was not suitable for classroom viewing, and that by exposing her students to the noxious views of Prof. Peterson, she had violated university policy.

"Universities are no longer places where ideas may freely circulate," Ms. Shepherd told me in an e-mail. "They are places where if you even bring up the 'wrong' ideas, you are labelled as some sort of public enemy."

In other words, if you cherish free expression, look somewhere else. 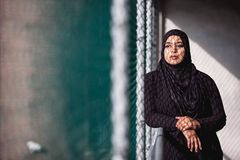 Opinion
We need to protect free speech on campus
June 28, 2017
Opinion
Why campuses are ditching free speech
March 20, 2017
Follow us on Twitter @globedebate Opens in a new window
Report an error Editorial code of conduct
Due to technical reasons, we have temporarily removed commenting from our articles. We hope to have this fixed soon. Thank you for your patience. If you are looking to give feedback on our new site, please send it along to feedback@globeandmail.com. If you want to write a letter to the editor, please forward to letters@globeandmail.com.
Comments