The past week's killing of a six-year-old Saskatchewan boy by a child under the age of twelve was a rare occurrence, but unfortunately not an unprecedented one. The case tragically illustrates the inadequacy of the present law.

Although the authorities have provided few details, the killer is reportedly a boy who was known to the police for his history of violence and was already involved with a child welfare agency. The only legal response now available is more child welfare involvement. The effectiveness of such a response for rehabilitating the youth and ensuring public safety, however, is uncertain.

Historically, Canada followed the common law rule under which a child could be held responsible for criminal actions starting at the age of seven, though only if the Crown could establish that the child knew that his or her acts were wrong. In 1983, the minimum age for criminal responsibility was raised to twelve. While the change in the law was controversial, twelve was chosen because it is generally the age of leaving elementary school, and it was felt that younger children could not understand and engage in the youth court process.

However, even by age seven, most children have a well-developed sense of what is right and wrong. Aside from seriously disabled children, ten-year-olds know that it is wrong to hit another child, let alone cause another's death. Concerns about how meaningfully younger children can participate in the relatively formal youth court process are overstated. Most ten-year-olds have a rudimentary understanding of the legal process. Moreover, even young adults tend to "tune out" after spending much time in court.

Many other countries have a lower minimum age than Canada. In England, the minimum age is twelve in most situations but ten for the most serious cases. In most American states the old rule of seven years still applies.

While children under twelve commit a relatively small proportion of all offences, some of these crimes – such as arson, aggravated assault, serious sexual offences, and occasionally homicide – are very serious, and often involve younger children as victims.

For the vast majority of child offenders, the best responses are informal and involve parents. Indeed, a major concern is lack of access to appropriate services. However, some parents are unwilling or unable to use services offered by child welfare and other agencies, and for these cases a youth court response may be needed.

Although provincial child welfare law deals with serious cases of offending behaviour by children under twelve, it has significant limitations. Institutional priorities and legal constraints restrict the willingness and ability of these agencies to respond to offending behaviour, unless it has already become extremely serious. This can result in a missed opportunity for earlier, potentially more effective intervention while waiting for a child to turn twelve and be brought into the youth justice system.

For some cases, the child welfare approach, with its exclusive focus on the child offender, is inadequate. The perception of experienced child offenders that "nothing happens" may encourage some of them to engage in offending behaviour. This was chillingly revealed in a Toronto case of sexual assault perpetrated by an eleven-year-old boy against a thirteen-year-old girl. The boy knew that he could not be charged, telling the police officer who arrested him: "You got me. So what are you going to do?"

Victims, the police, and in some cases the parents of child offenders are frustrated by the lack of response. The public's sense of injustice at the lack of accountability of offenders under twelve and inability to have even non-identifying information about cases undermines confidence in the justice system.

In 1997, a House of Commons committee proposed lowering the age of criminal responsibility to ten, with restrictions to ensure that a youth court response is used in an appropriate, limited fashion. While many favoured this recommendation, the Liberal government of the day rejected it.

In 2006, then-justice minister Vic Toews proposed lowering the age of youth court jurisdiction from 12 to 10 years. This proposal was not acted upon, but it is time to reconsider this issue.

Legal responses and services must be premised on the recognition that children under twelve have different needs and capabilities than older youths, and need special treatment. Rehabilitation of troubled children and youth must have a central role in our justice system. Many child offenders can be helped, but at present we don't know how to rehabilitate all of them, and we don't know who can and can't be helped. For a small minority, there needs to be a response that includes consideration of accountability and protection of the public, as well as rehabilitation. 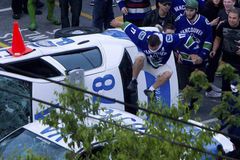 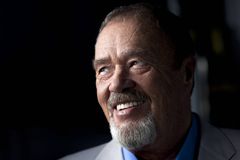